I signed up for the Quarry Rd Eastern Cup, just the skate race, looking forward to the long climbs and twisting descents. Unfortunately, we're still struggling for snow everywhere in the northeast, so we were confined to the manmade loop, three times around a 1.5k loop. It still had a decent climb, a real puncher that essentially started at the low point of the course, but wasn't quite as much fun. 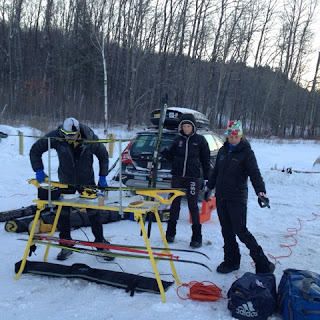 I missed two Eastern Cups last season, while I was in Norway, so apparently I only have two 2015 Eastern Cup results to my name. Because you need three races to get seeded, I was mixed into the random draw of unseeded people for the start list, and ended up starting 5th from last. Normally, this isn't a huge deal, but naturally, after a total drought all winter, it was snowing like mad. Testing skis before the race yielded a good hard-packed slick surface; as the snow piled up during the race it got slower and slower. Well, weather conditions are part of the game, but there was a definite advantage to starting in the first half of the race. I need my advantages!

The more I skied that morning, the more my desire to race waned. By the time I finally got around to testing my own skis, I found myself dealing with some last-minute equipment issues, and considered bagging the ordeal. But, I'd paid, and I was there, and sometimes, you just gotta get out and find the hurt, chase it down and make it work for you.

Into the race, and I could tell I had no spark. My legs were leaden, with no snap to my technique, just a slow, evenly-paced slog. I couldn't seem to summon any fire, but at least with such a poor starting position it was good for my ego to keep passing people. I tried to stay conscious of that ticking clock, and I slowly reeled in one of my J2 girls who'd started a minute ahead of me. I was proud of how well she was skiing, but I knew I probably should have passed her sooner. Each time I lumbered up the steep little hill at the end of the climb, I felt slower and less inspired, and completely unable to will myself to hurt. When I finally crossed the line, I was just disappointed in myself. What happened to my spirit? 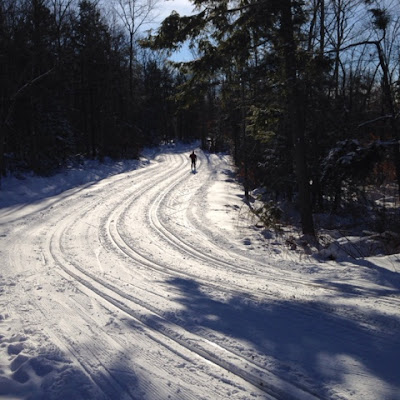 I was definitely happy to not be racing the next day. I didn't feel overly tired, but skiing the course testing wax I was not enjoying the hills, and usually that feeling of striding up hills with the wax hooking up perfectly is what I live for. Maybe I just needed a rest. 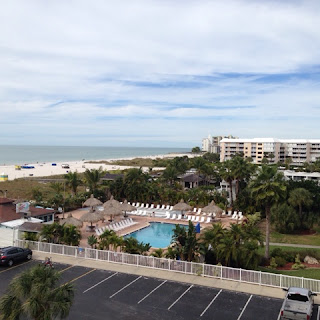 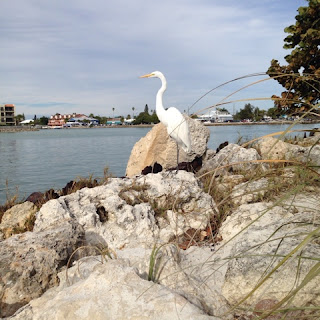 Fast forward a week and I'm in Florida, for my cousin's wedding, wondering what the heck all this not-snow is on the ground. You'd think this is a restful vacation, except for the part where it's not, and I was back in Boston in time for a 4am wakeup to coach the Massachusetts State qualifier race - the race my juniors use to get selected to the Eastern Highschool Championships team. I'm head coach this spring, so really oughta be there, but there were so many places I would rather have been. Like curled up on my couch with a book! 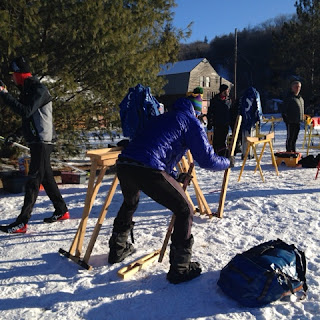 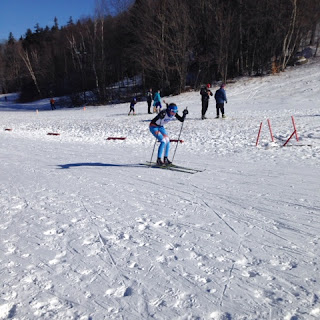 The single photo I took during the races. Prospect didn't have quite enough snow to set tracks, but all my kids skied admirably despite that. It was lumpy bumpy low-snow conditions, like what I grew up on at Harriet. Good to teaching you to ride a steady ski!