Click on the panorama to see it bigger. From left to right: Washington, Jefferson, Adams, and Madison is just out of site to the right.

Mostly pictures. Great weather, one small rainshower while we were going over Monroe but no storms until that night when we were safely in the tent. 23.8mi, 20000 feet of vertical, 13 hours of hiking. We got up at 4:15, and I was shocked at how light it was. we were moving by 4:45, and kept a nice sustainable pace until we got to Jefferson, where we realized that if we wanted to catch the finish of the Mt. Washington running race (run up the auto road. I think I want to do this next year), we would have to "put a wiggle in it", according to Anna.

So for about an hour, we hoofed it over to Washington, which included about 3.5 miles and another 900 feet of climbing (with a fair bit of descending in there too). We got to the road with about 4 minutes to spare, and got to cheer on Rob and Dorcas, which was pretty cool. At this point, we were at the halfway point, more or less, and it was primarily downhill from here. Oh, what I would have given for some ski poles! We hadn't been spending any time on any of the peaks, except to eat some summit chocolate (greatest idea EVER) and occasionally take pictures, so we spent about an hour on top of Washington. It was a zoo.

Started down to lakes of the clouds, and the descent was as rocky as the ascent I remembered from when I had hiked this in 4th grade. We popped over Monroe (most rewarding peak--14 minutes of climbing and you feel like you're on top of the world!), and then there was a loooooong descent, which we took pretty slowly because our knees were all starting to feel tired. I think I made a mistake in allowing myself to think of everything after Washington as easy, because while there wasn't much climbing, the descending was destroying us.

We finally got to Mizpah hut, after three more peaks, and asked the lady at the hut about the exposure on Jackson and Webster, our last two peaks, because there were dark clouds rolling over, with some patches of sunlight, and we knew that the forecast called for isolated t-storms in the afternoon/evening. She looked at the trail we were planning on taking down, and said, "you know, I normally tell people not to take that trail, because its kind of boring". Boring, you say? Bring it on! So, we were pretty psyched about the "boring" trail for the descent.

On Jackson, we took the victory pose picture, and on Webster, we took the reality pose picture. Then we started downhill, talking about what kind of pizza we were going to get. The trail wasn't nearly boring enough, and the last mile of descent may have been one of the slowest miles of my life. Our knees were killing us. Finally got to the car, and first stop was ice cream sandwiches. Second stop was pizza. Third stop was campsite and sleeping bag!

Great hike, I would highly recommend it, especially if the weather is good. I was very glad that we did it from north to south, because the most strenuous/painful/rocky bits are in the north (over madison, adams, jefferson, and washington), and then after Lakes of the Clouds hut it gets much more humane. Starting from the north also got most of the climbing out of the way early. We did the whole thing in 13 hours of hiking time (14.5 hrs total), of which 6.5 hours was to get to washington and 8 hours were after that. I think book time is somewhere around 16-17 hours, but we also didn't stop much. And the only lasting damage is a little sunburn and some bugbites! But next year, ski poles, for sure. 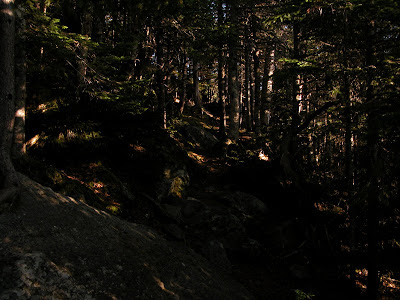 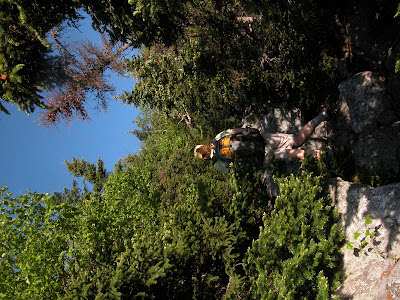 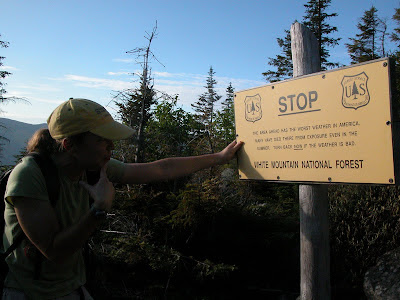 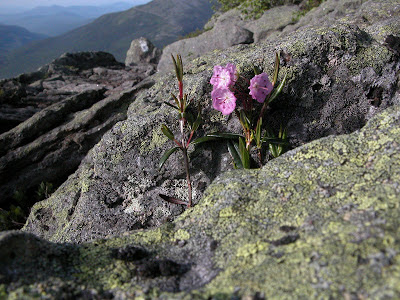 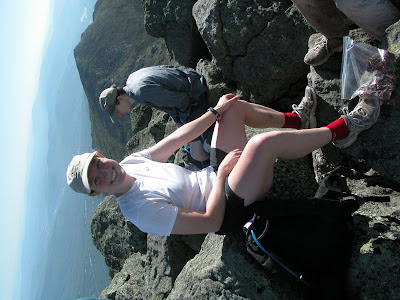 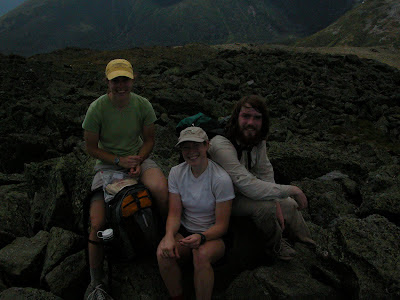 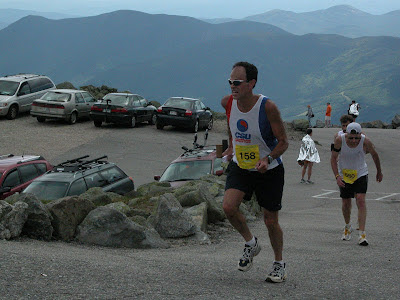 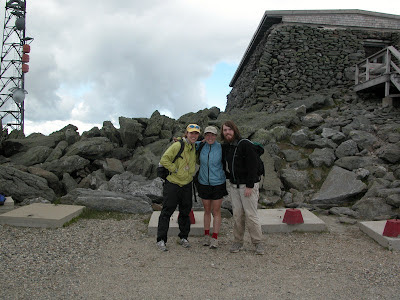 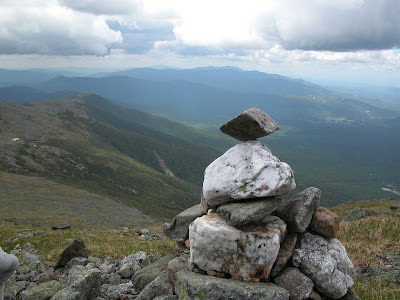 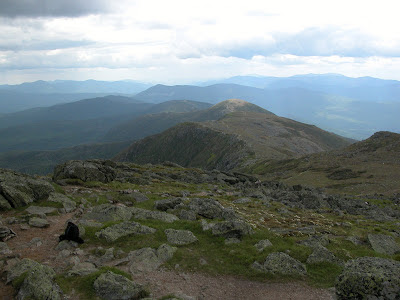 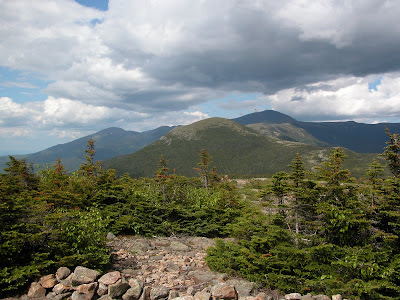 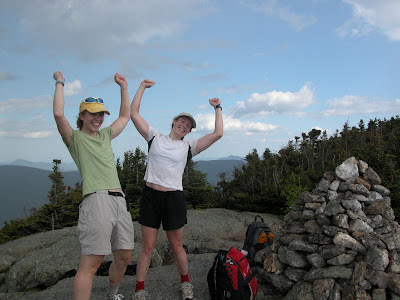 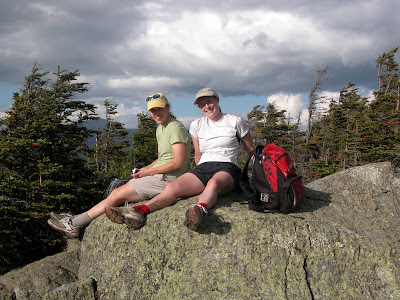 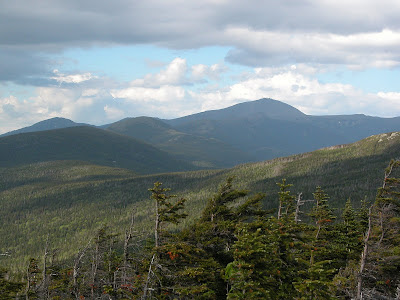 Thats washington, that cute little lump back there. Yup, we came from way back there. And further. Cool!
Posted by Alex at 8:29 AM

Is that first dark picture supposed to show something interesting? It just looks like dark woods. I think I'm going blind.

Looks like a fun trip. I haven't been backpacking in ages! So jealous!

Alex - Cath from NEBC. Looks like you have a thing for climbing - either or or off the bike ;). Nice job. We're headed north the week of the 4th to bag some more notches on the bikes. Should be a fun time!

For some reason the pictures are all really dark now that they're loaded. Go figure. At one point, that was a pretty picture of a trail in the morning sunlight.