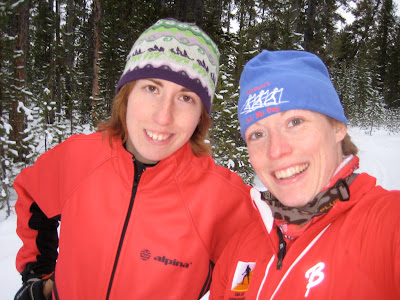 Friday and Saturday featured the real races of the weekend, a 10k skate and a 5k classic. It felt cold, and the snow felt cold too, despite the temperatures in the mid twenties - I have some serious temperature adjusting to do before races in Presque Isle and Anchorage... my feet are still thawing right now. Anyway, I was starting to feel a lot more normal, so I was feeling ready to race and excited Friday instead of sort of wondering if I should do it, like on Wednesday. It was a hard race, lots of flats and transitions, and not many places to rest. I definitely felt all the skiing I'd done this week, especially on the uphills my legs felt pretty sluggish. The coolest part was on my first lap, of the two-lap course, when Dasha Gaiazova passed me on her second lap - she just skied so smoothly, and I definitely entered this star-struck little world trying to match her stride. It sort of worked on the flats, but then we started uphill and I lost her VERY quickly. The race was over soon, I tried to V2 everything I could, and just stay smooth. My Peltonen skis were fast, but with lots of skiing already in my legs I was definitely tired. I generally race better on lots of rest - hopefully this bodes well for later in the season, since this race went pretty well - although I would have loved to have been further up the results (who wouldn't?), I was pleased with my effort, and ended up 11% back, which is pretty good for me. 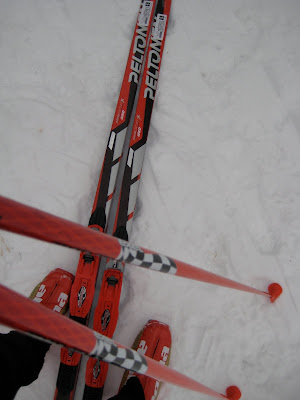 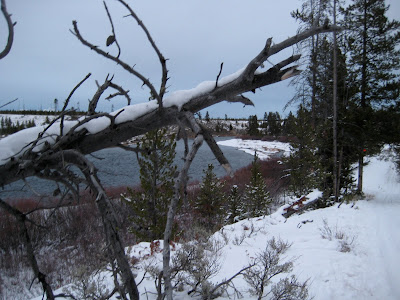 I didn't do much to recover overnight, unless some playing around on classic skis on the river trails counts as recovery, and didn't really feel like re-waxing my skis from Wednesday for Saturday's race - the weather was supposed to be about the same, so I just heated my kick from Wednesday into a binder for some cushion if it snowed overnight. Which it did. My skis were fast and kicked well, so that was good, but I was really hurting. Previewing the course I had thought that it was really hilly, but racing it felt like a lot more double pole than I'd anticipated. I started behind Katie Bono, who had been finishing in the 20's in the last few races, and there was a ghost behind me, so it was a pretty lonely race. I tried to stay relaxed on the climbs, but I think this just translated to slow, as I found myself doing a lot of jogging up the hills instead of striding - striding just took so much work! I double poled hard to try to make up the suckage on the hills, but it just wasn't enough, and I finished even further back than in the skate race. But I was pleased that I'd been able to go so hard even though I was tired, so that was good. Gotta try and find at least something good about every race...

After the races were over, it was just time to go ski myself silly. First I tested a whole bunch of other companies' skis and boots, call it research if you like. Although each time out I was making it less and less far along the trails, I guess the racing tired me out or something. Weird. 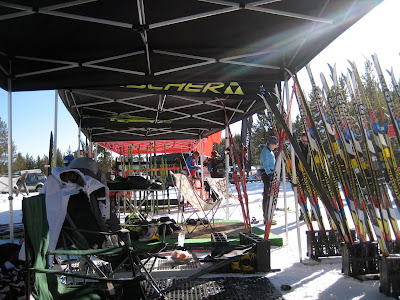 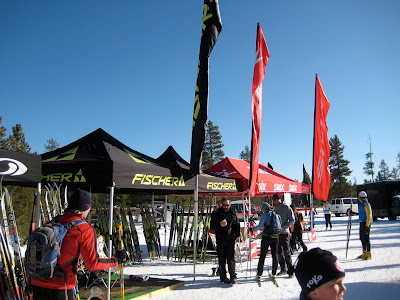 Not much snow in New England, so may as well play on it now, right? 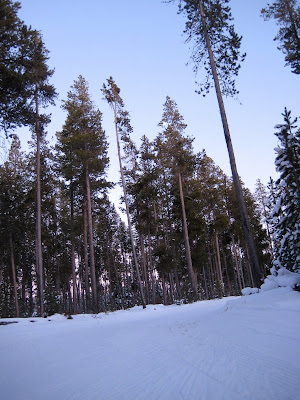 Who told you to do a hard workout the second day at altitude? Tell Adam we don't live at 5500ft in Boston! It's not Boulder!