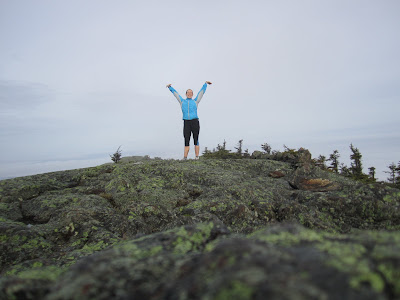 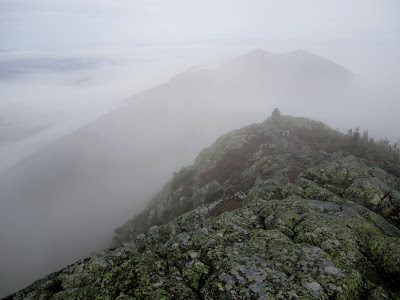 I was up in Maine last week, setting out some temperature loggers for my thesis in the Sandy River Watershed. It was beautiful, rugged, and definitely still mud season. It was sort of nice to be so totally isolated from civilization, independent and in tune with the solitude, but by the end, I was chattering to the lady serving me coffee, just needing to talk to someone. I was camping, using Ed's bivvy sack, just pulled over on the side of an empty logging road, and then up with the sun.

One of the nights, I camped over near the Bigelow Range, near Sugarloaf mountain. I decided to run the loop over the peaks in the morning, and it was beautiful beyond words. But as I got higher and higher on the mountain, there was more and more snow, and the rocks were more slippery, and there were more downed trees. When I finally reached the col between Avery and West peak, and turned south on the AT, I realized that it would be pretty dumb to continue - the snow was rotten, so you'd pop through to the knee every couple steps, and what wasn't snowy was slippery from the fog and clouds. It occurred to me that while I'd given our field tech my locations for while I was working, nobody knew where I was just then, and if anything happened, I was completely on my own. I realized that doing stuff like this, not thinking anything of a 3hr run in the mountains, not telling anyone about my plans or locations, was just incredibly selfish. It isn't fair to others to go off doing dangerous things when there is a chance that it is up to someone else to bail me out, or search for the body. So I turned around, and made it down without mishap, but feeling a twinge of guilt about my outing. It was worth it though. Every once in a while, I need some misty mountains in my life to recharge. 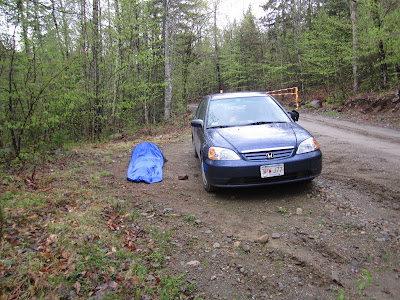 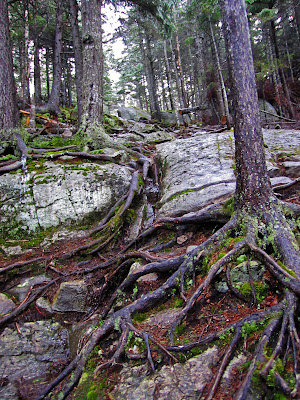 My favorite type of trail. 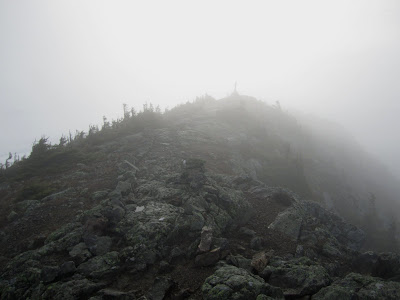 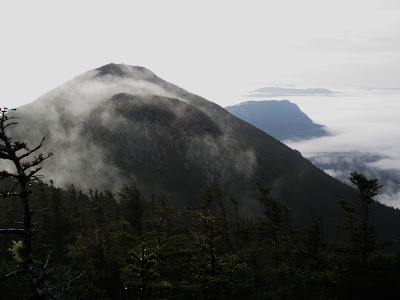 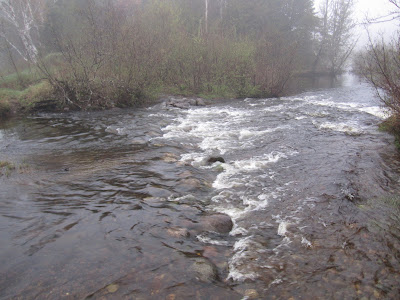 The beaver pond you have to cross had really high water. Wet shoes! 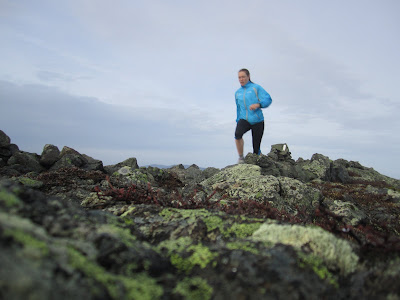 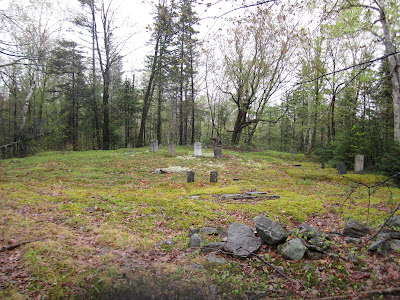 Cool little cemetery I found up near Weld. 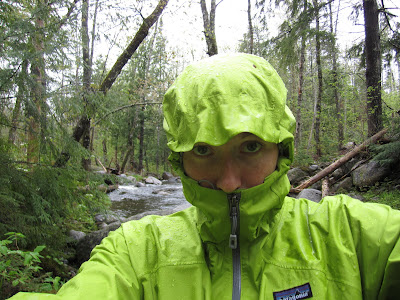 Also, it rained a lot. I love putting out loggers in the rain. Clearly.
Posted by Alex at 8:08 AM

I wish my research had more outdoors in it =(

The bigelows are my favorite.