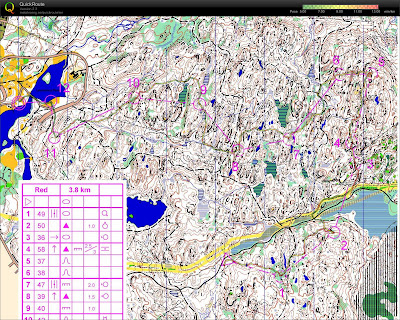 I woke up rested, and within about 5 minutes of consciousness I realized I was nervous. Crap! I thought I could avoid being nervous! Alas, no. Luckily, it was a long jog to the start, so I got enough of a warmup to calm my nerves, and I had a plan and was in the zone when I started. It was still humid, but some thunder in the morning had made things a little less hot, so that was nice. This time, I had Ali 3 minutes behind me, and she's pretty speedy, so I just hoped to hold her off as long as possible.

The race started out on the wrong foot, though, when I bobbled #1, and then whacked my kneecap really hard against a log I was jumping over on my way to 2. That left me hyperventilating enough that I couldn't breathe for a bit, but eventually I got some air in my lungs, determined that nothing was broken, and let the adrenaline take care of the rest. Unfortunately, this extra minute that I spent lying on the ground meant that Ali had basically caught me as I was leaving #2, but I tend to race better when I'm trying to hold someone off, so 3-4-5-6 all went pretty well, with Ali just behind me at each control, both of us taking slightly different routes to each one. That area of the map was technical enough that she just couldn't run any faster, which is the only reason I could still see her for that long.

I started bobbling and hesitating more on 7-10, culminating with a bad route to 10, but I finished strongly, and because Sam had had a horrendous day, I took 2nd. I don't think I've ever done that before, so I was pretty pumped. I didn't know if that would be enough to get me onto the team - it would take the other girls making some big mistakes to help me out, but luckily, that's what happened! The points were really close. I snuck onto the team by 0.3 points, ahead of Pavlina, and just 3.4 points behind Hannah. The men were also really close on the bubble, as is always the case.

So I'm going to France! Weaseling 3 weeks of vacation out of my advisor was not fun, and nearly brought me to tears, but I am really excited to represent for CSU and USA at WOC this summer! I don't have any aspirations, but if I can pull out three (or however many I'm allowed to start) solid races, I will be pleased. I know that I have a lot of room for improvement in my orienteering, but as long as I'm not an embarrassment, it's all good. Now, about that wine and cheese they have over there... 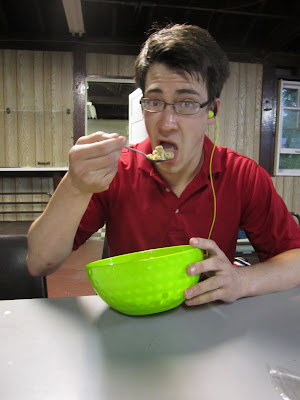 Ian working on the breakfast of champions - Cheerios, in a humongous bowl. 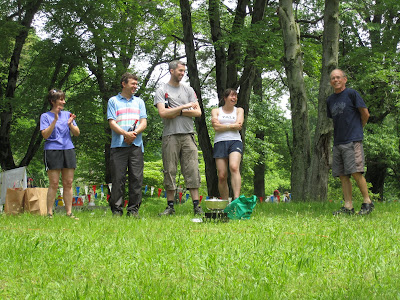 Peter recognizing the folks most responsible for pulling off this meet - super skeleton crew that did a truly amazing job. 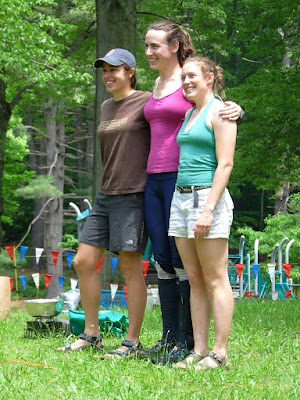 He also called up our ski-o relay team, so we could have a photo op and get recognized for general awesomeness. I love that when I stand next to Ali, I'm miniature. 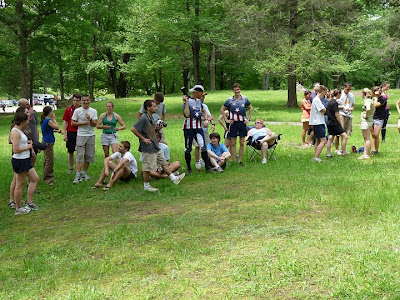 Milling about waiting for awards. 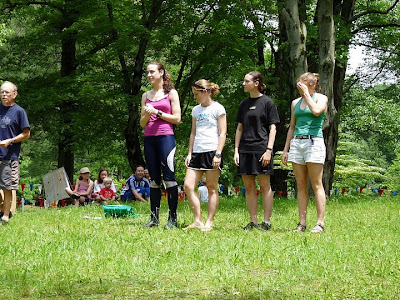