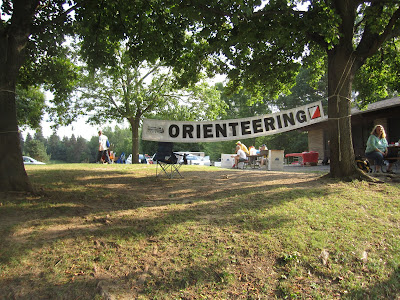 This past week, Orienteering USA has held a convention in Rochester, NY. Ed and I are here, mostly because it's convenient to stay at home, but also because of the high-level orienteering on the bookending weekends. Unfortunately the courses got messed up last weekend, here's hoping that next weekend goes better for the organizers. Anyway, we've been in various talks and conferences all week, some really interesting stuff going on out there, a lot regarding mapping and new mapping technologies, but also some age-old questions, like fundraising. Ed and I teamed up and gave talks on using GIS for orienteering mapping, and on ski-o mapping, and they seemed to be well-received, if a bit on the techy side. One guy we know said "what you guys were saying was way over my head, but you were just so enthusiastic about it!" Good to hear.

The afternoons have been filled with orienteering training, mostly put on for the juniors, who are doing a training camp all week, but also for us non-juniors who want to train. Monday we were at Mendon Ponds, Tuesday at Durand Eastman, Wednesday we took off, Thursday was at Webster, and Friday is the Trail-o champs and a canoe-o, neither of which we're doing. Fun! 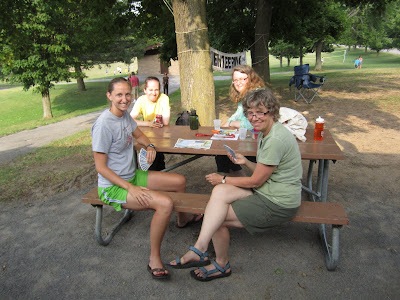 Lindsay and Judy killing time before the picnic on Monday. 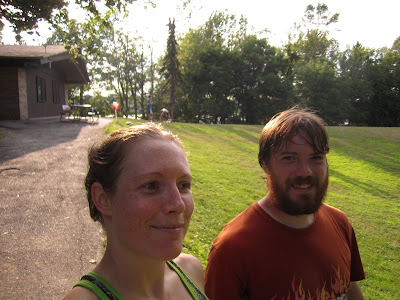 A horrible shot of us post-sprint. 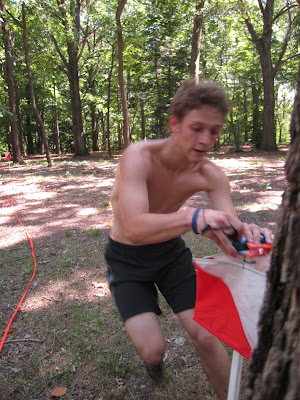 Tuesday we were at Durand Eastman, and there was a "super string-o". String-o is a technique used to teach very little kids about orienteering, well in this case the string was a full 250m, with 30 controls! The idea was to just run the course as fast as possible, basically as punching practice, but it was pretty hard work, too. Here, Andrew Childs (US Junior team member) hits a corner at full speed. It was an intense sort of race! 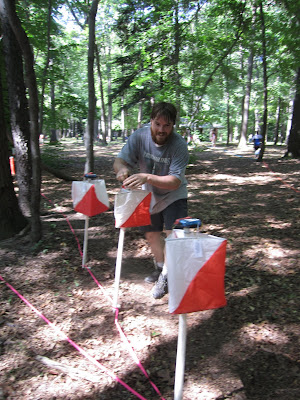 Ed on the super string-o 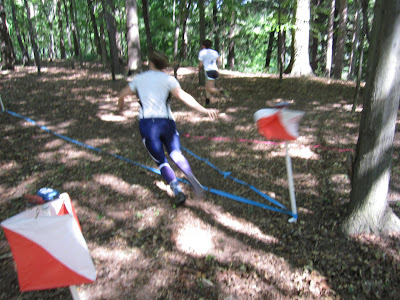 My super-string-o attempt. 12 seconds off of Andrew (who won), but still 7th, so not too bad! 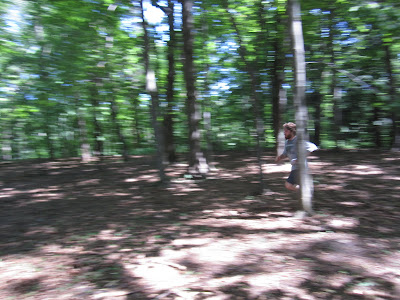 Ed running a sprint, so fast even the trees are blurry. Oh, wait, the trees weren't also moving?
Posted by Alex at 8:30 AM