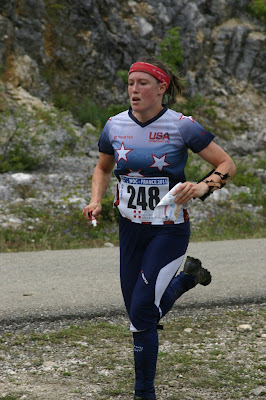 There was a rest day after the Long Distance finals, thankfully for Ali, who had also made the Middle final, and her legs were apparently a little on the tired side. The rest of us ran more spectator races, and I swear, this terrain isn't getting any easier. And I haven't gotten any smarter. We did make good use of the rest day, and acquired some outfits for the banquet. 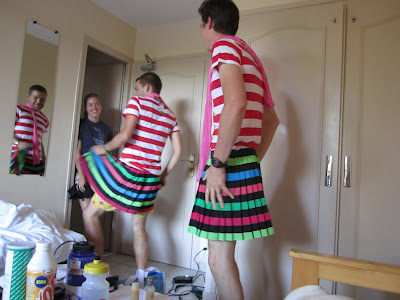 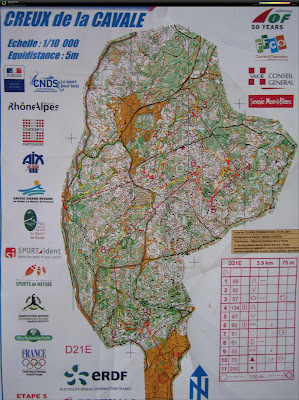 My route from one of the more disastrous days out on the terrain. Gotta love that massive error to #1... and lots of other small errors as well. 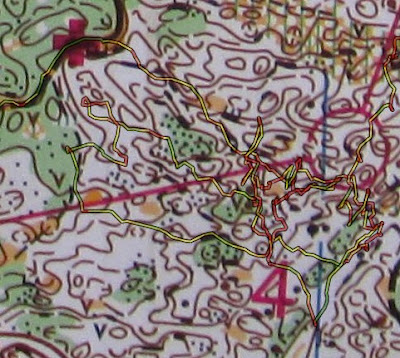 More example of some poor orienteering - I had major issues (like, 40 minutes of major issues) on this control. This whole area just didn't make sense to me, the map didn't seem to reflect reality one bit. Not so good for building confidence. 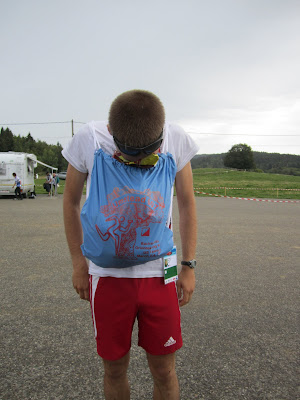 Ross has a feed bag.

Saturday morning rolled around, and I was definitely nervous, because we'd decided to put me as the anchor for the relay. This was so that Sam and Ali could both run with fast people, and get the boost from that, instead of putting me out there and losing the pack. I was also not feeling so great, physically - my achilles tendon had been getting worse and worse all week, and since it's impossible to get ice in this stupid country, both kneecaps were starting to hurt pretty bad, clearly I haven't kicked the runner's knee I'd been dealing with earlier in the summer and it was coming back. I took some ibuprofen for the kneecaps, but I think I may have taken it without enough food, or something, or maybe it had nothing to do with the ibuprofen, but my stomach was not happy as we got to the arena. Probably nerves. In the end, I think I probably didn't have enough lunch; given that the relay was so late in the day, timing your food was trickier than a usual morning race. Anyway, long story short, I didn't feel awesome.

The warmup helped, and Sam went out on an awesome first leg, tagging off to Ali in 12th. Unfortunately, things didn't go awesomely for Ali, and she blew about 15 minutes on one control. The rest were good, but it didn't help my nerves to be waiting longer than expected. Of course, in a way, this was good, because there was no longer pressure to hold on to teams that were way faster than me. When Ali came through, I was ready to fight - we were maybe 40 seconds behind Poland, and I thought maybe I could catch their third runner. I just couldn't find the flow, though. I was finding controls, which is ultimately the goal, but I felt very choppy, very stop and go. This was somewhat effective in getting me through the course, but not as quickly as I'd like. 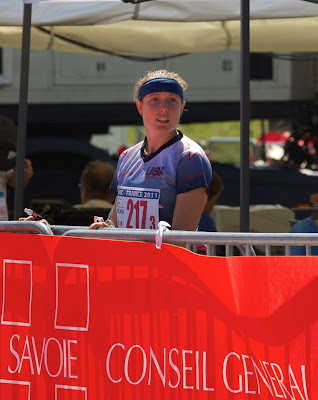 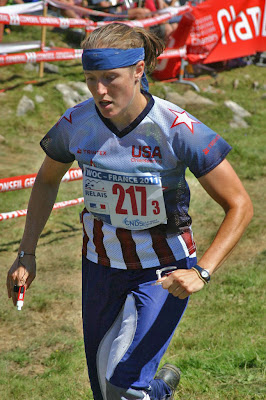 Heading up out of the stadium to get to where the map exchange was. 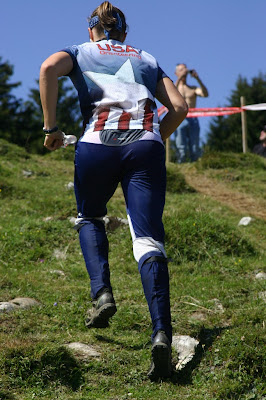 Things went alright to about #10, and then I came out of the woods and into the fields, and through the water stop/spectator arena, and that was when I noticed how woozy I felt. I also noticed that it was increasingly difficult to run fast, and I felt like I was working way harder than I should be for the speed I was going. Ugh. Shortly thereafter, my natural stupidity was greatly amplified, and I basically lost 9 minutes to Ireland (who caught and passed me) in the last loop. You can read details on my training log, but I really went from dumb to dumber. This was probably related to the heat, and some tiredness. By the end, I felt really awful, because there is nothing worse than having a bad race when it's a relay, and your team is waiting on you. It's depressing to suck when you're at the World Champs.

So I left WOC with a slightly sour feeling, but overall, I am really glad that I went. It was absolutely eye-opening and humbling to be out there competing with (ok, more just like trailing behind, but still) the best in the world. I need to decide what I want out of this sport before I commit to much else, but that was a really, really cool experience.
Posted by Alex at 9:40 AM