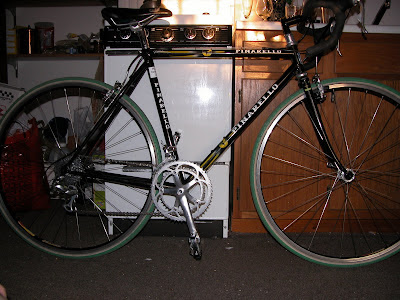 I'm a little excited. I just bought a pinarello cross bike. We just looked it up. That frame is worth ~$2000 new... good thing it wasn't new! I have trouble finding small enough bikes, because I'm short, but someone advertised a small Pinarello bike on craigslist, so I went to go check it out. ASAP. I was worried someone else would snap it up. Its eight speed, which sucks if anything ever breaks, but it still shifts really smoothly (its not Sora eightspeed). And its BEAUTIFUL!! Definitely a steel bike... but god she rides so smoothly! I was able to talk down the seller to 700, which makes it doubly cool. I mean, I could have gotten a new bike for 700... a redline tank... or I could get a gorgeous steel Italian bike for 700. Not a tough choice.

The other great piece of news is that I am officially allowed to bike again! I'm just supposed to do the whole icing/physical therapy/stop-if-it-hurts deal. I can deal with that. Woohoo! New bikes!! 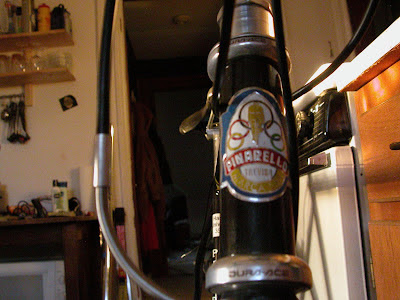 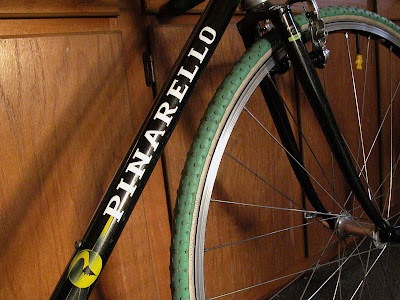 that looks sweet. you are gonna tear things up riding a legit 'cross bike this fall.

are those tubbies as well?

damn, that's a pretty serious big ring on that. You gonna change it or just ride with mad watts?