It wasn't all that muddy. This was the deepest we saw: 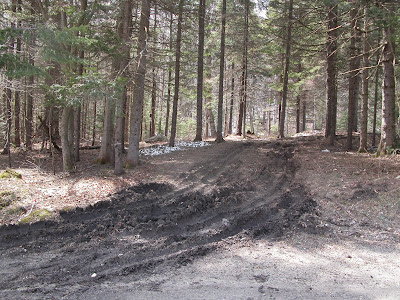 It was nice to go someplace NOT for a race or a training activity. I mean, we walked a lot, but thats not really training. I love Vermont, if only for the free buffet (some people call them samples) at the country store. They had fudge out! Normally its just cheese and dips. We walked around checking out damage from the last storm and taking pictures. There were a lot of trees down but nothing too bad. 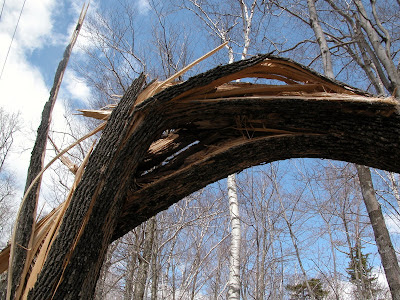 This picture sort of sums up April in vermont for me--the maple trees are blooming and its getting warm, but there is still snow and its damn muddy. We went exploring where they had been doing some logging--although it wasn't as muddy as I feared, it was still pretty soft. Those damn northern states and their snow. 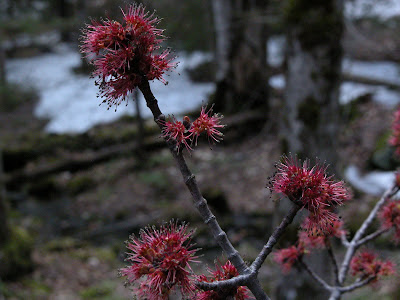 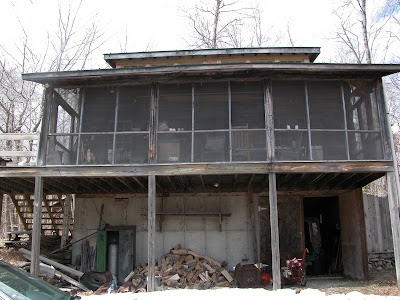 This is where we lived for two summers. It was great. We traded work on the house for rent. You can't tell from here but the house has a sweet new roof. This is the shower (outdoor): 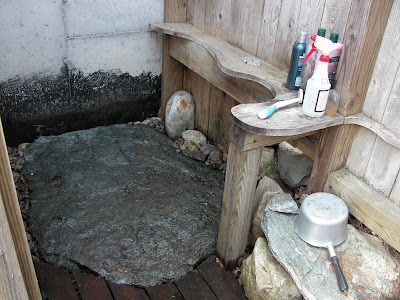 Nothing beats an outdoor shower in the summer. Except for maybe grilling food on the rock and drinking beer on the porch. I posted more pictures on Flickr.
Posted by Alex at 10:58 PM

maybe im the only one that thinks this, but with "mud season" being the spring in most of new england, we should have 'cross races. start them in mid march (you could get some epic races with snow and stuff) and then have them wind down in mid may as it gets warm out. plenty of cold/rain/snow/mud --> perfect 'cross conditions. i guess its road season and all, but itd be pretty sweet. im pretty sure im not the only person that has thought of this tho.

my old blog got messed up, so i have a new one. www.timetogetmoving.blogspot.com