We headed to Vermont last weekend, for some last chillaxing before the ski season really hits. I hit up my favorite rollerski loop, over Terrible mountain and around through Londonderry. I was skiing with Ken Walker, one of the guys on the Executive Steering Committee for ski-o, which always makes for an interesting ski. Unfortunately I took a spill on the big hill going down to Londonderry, this has been a bad season for rollerskiing for me, first my tumble in July when I put both feet into a storm sewer (whoops. No sympathy for that one) and then this one, where I don't know what happened, aside from me being on the ground with roadrash on my hip and a bruise on my thigh. At least I wasn't going mach 4 yet, probably only 15-20mph when I went down. Should have been using the speed reducers...

I also got really cold when it started snowing near the end of our ski. I know, its snowing during a rollerski, no sympathy there, either, but I was starting to get pretty worried about the roads icing up and whatnot. And being able to feel my feet, they were frozen pretty solid. Tore up my new boots in that crash, grumble.

Sunday dawned far too snowy to go rollerskiing, I shouldn't complain, except that I didn't have regular skis with me. However, the hillbounding was excellent, since the dirt roads were plowed, and the poles give you some grip on the ice. Luckily, my ankle was fine with the running, and I didn't twist it again. 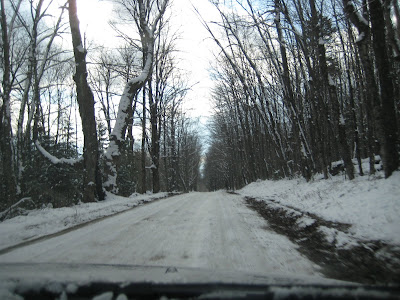 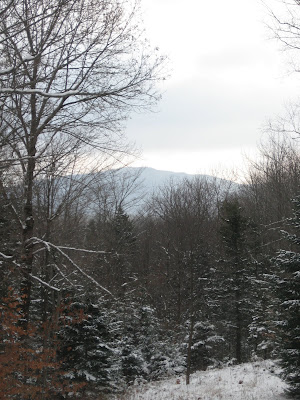 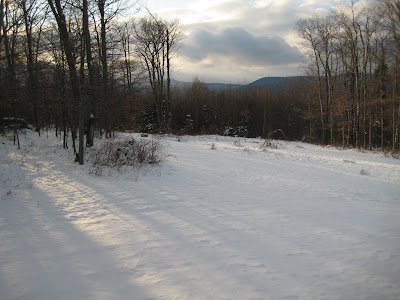 We headed up the hill to Anne's house in the afternoon to help her move around some furniture - Julian isn't quite big enough to carry picnic tables and whatnot. Mostly, Ed did the heavy work, and I threw snowballs back at Julian. Running interference, someone has to do it. 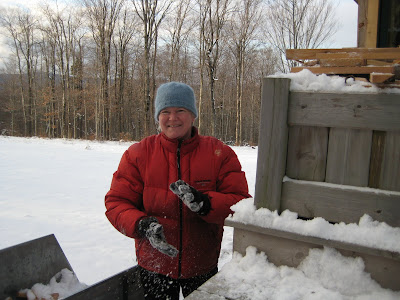 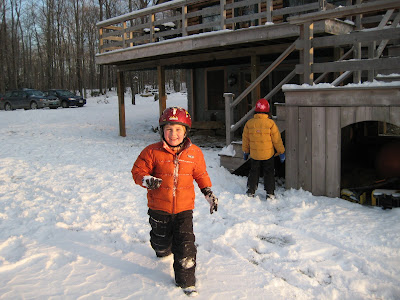 I put my camera away just in time - that camera sees enough snow in the lens as is! Louisa is in the background, Rob and Anne showed up to help out/hang out too. 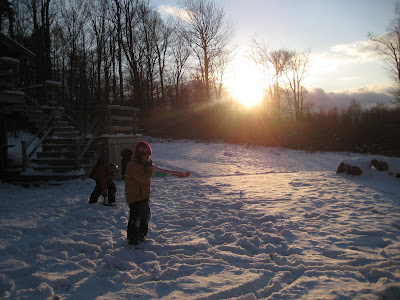 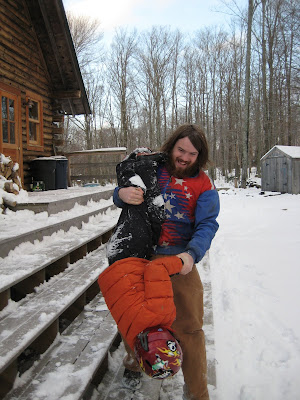 Julian quickly learned who not to throw snowballs at... 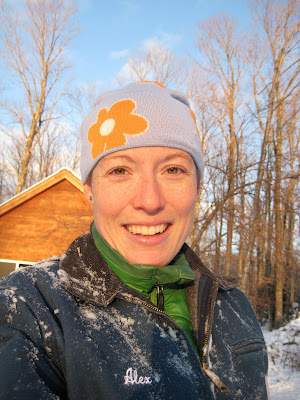 Hope that road rash heals fast. I took a good one a week ago and hurt my finger, whacked my helmet on the guard rail! Thank god the snow came...