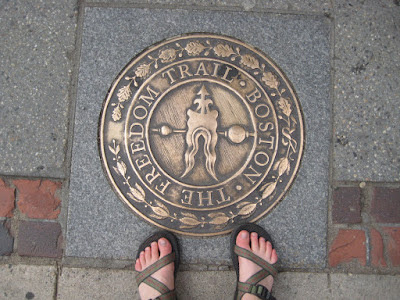 I may have lived here for a while, but I've never done the touristy things around Boston. Luckily, Jess is here for a conference and wanted to do some touristy stuff, so I had an excuse and joined her. We wanted to go to the New England Aquarium, but it was too expensive, so we walked the freedom trail instead. It was a lot of walking and I was tired by the end. I guess I'm not in shape or something... 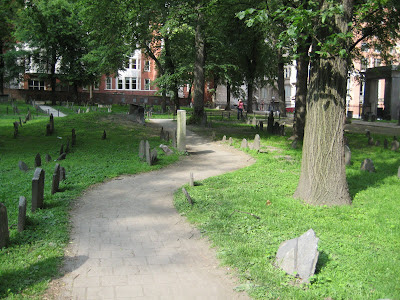 Anyway, because I bet lots of other bostonites haven't actually seen their city, here is the visual tour, of sorts. 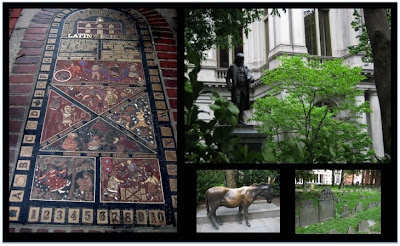 Old state house, which used to be a school and is now a steak restaurant. 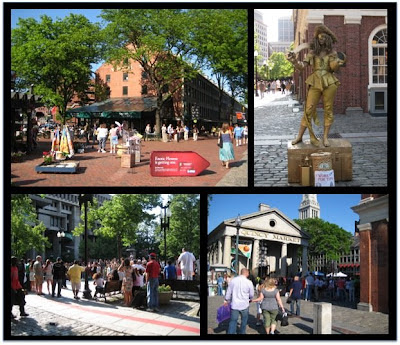 The craziness that is Quincy Market. 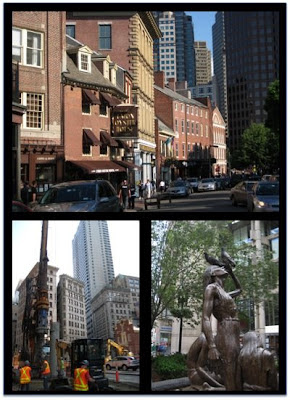 One of the things I actually like about this city is the strange juxtaposition between old and new. Other cities have it too, but Boston likes to make a big deal out of its historic stuff, so I guess its just more marked. 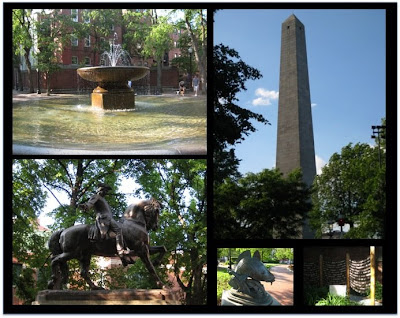