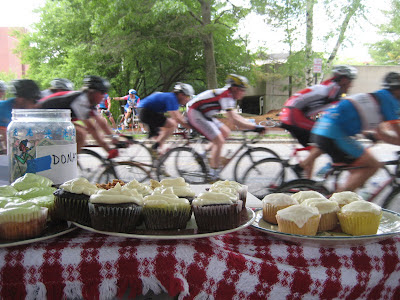 I know that all my readers are just dying to know how the bake sale went, so I won't hold you in suspense. It was a success! We more than broke even (my original goal), we made money! How much money? Well, $80. But, we reasoned that we just paid entry fee to one eastern cup, each. Most of that was sympathy money, I think, with people dropping a fiver into the donations bucket and just taking a cupcake. Not that that is a bad thing, at all. Some people truly are generous. I had a great time doing this, but I think Jess might have felt like she was a baby duck innocently out for a swim that ended up in class three rapids...

I'll admit, we made way too much stuff for this. But this is mostly due to me being entirely too enthusiastic about baked goods, and not listening to Jess saying "really Alex, we don't need the scones", as well as it being almost 100 degrees out, leading to people wanting cold lemonade far more than baked goods that taste best hot out of the oven. I'll also admit that I've made prettier-looking goodies... It's remarkably hard to frost a cupcake in an elegant manner when your kitchen is 110 degrees already.

So, I'd say this was a successful test. On a smaller scale, I'll be able to do it again. The car bomb cupcakes were a big hit, as were the chocolate chip cookies. Look for those items in the future... I'm thinking I'll try and do at least one more Wells, although without my trusty baking partner it will definitely be on a smaller scale, and hopefully a couple cross races. Who knows if that will fly, since those are real races, but its worth a shot. Jess giving me one of those looks that says, Alex why are we doing this what have we gotten ourselves into!?!??! 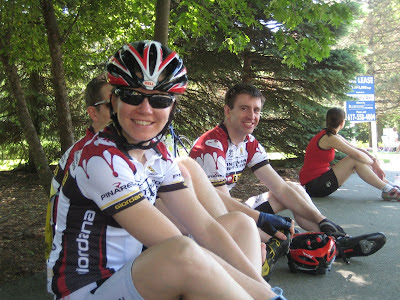 Some teammates came out to support me =) 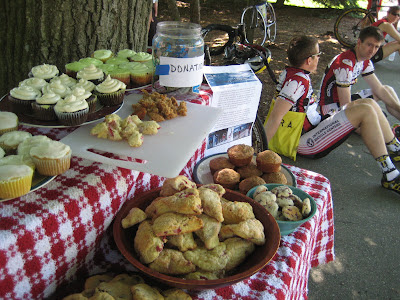 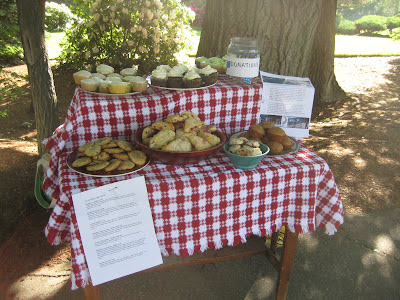 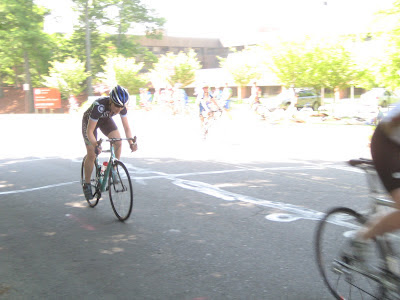 If I know Callie, the only reason she came all the way down to Well's ave was because she knew I'd have cupcakes/scones there... Here she is sprinting for a cookie preme.
Posted by Alex at 9:40 PM

holy smokes, that looks awesome! I'm sorry i didn't make it - i really tried, but in the end, work foiled me yet again. next time!

alex let's arrange to meet up for scrabble the day after all of your bike race bake sales. and don't forget the leftovers.

Alex, that attackpoint thingy is the most intense training log I have ever seen. It's simultaneously awesome and overkill.

I'm hoping for some real results at Fitchburg and GMSR so if I don't get them, I'll have to start using the same thing!!!!!!

WTF, if you had waited for me to get back I would have totally driven up to wells ave for cupcakes. Thanks a lot.

Josh, starving college student that you are, I can send you a care package of cupcakes if you need.