We got back from our vacation yesterday night, after lots of traveling around. I must have blown many weeks' worth of travel diet with that trip! After a quick two days in London, we caught a wicked early flight back to Geneva, and then a bus to Chamonix. At which point I tried to buy a nectarine with Swiss Francs and was totally surprised at finding myself in my third country for the day. After a trip up the cable car to l'Aguille de Midi, I think Ed is in love with those high peaks enough that we'll be heading back at some point for more than a quick overnight. Definitely the sporting center of the Alps, I would love to spend a week or two there, just hiking, trail running, mountain biking, paragliding... Alas, we didn't have nearly as much time as I would have liked, and the next morning we were back in Geneva, wandering around the old city passing time before the flight west across the Atlantic puddle. Definitely a nice trip, a nice mental break from the usual stuff, and it was great to see my brother before he goes back to Egypt. And the rest of the Jospe clan, of course.

Anyway, since I don't have any photos from last week, I'll leave you with photos from the last days of the CSU camp and hiking the Wapack trail. Those mountains weren't quite as impressive as the Mont Blanc... 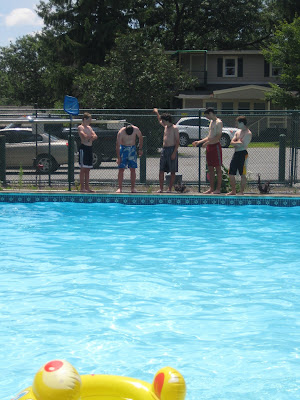 The boys thought the water was cold, so stood around flexing their beach muscles for the girls instead. 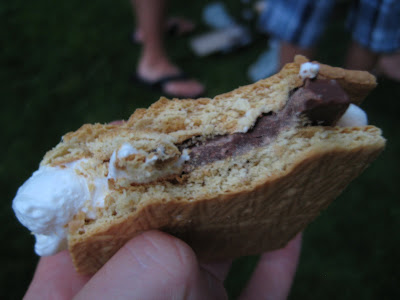 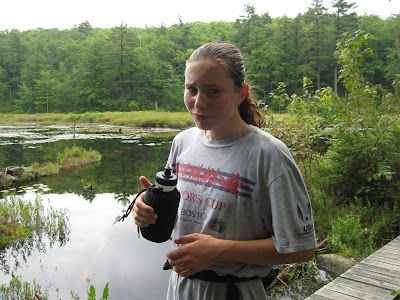 Cate feeling tired, a couple hours into our run. 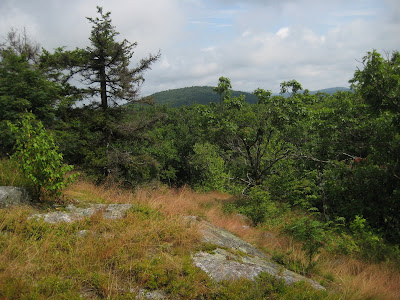 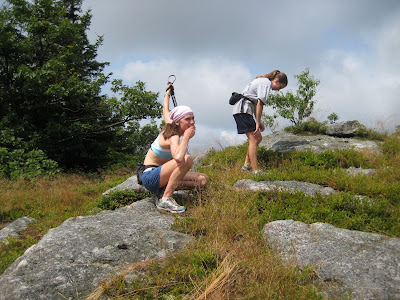 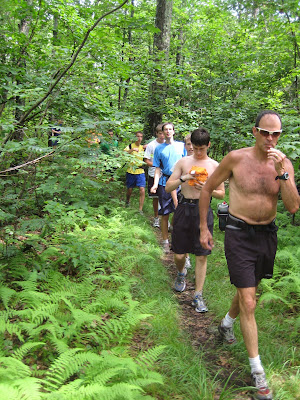 The boys' group - we started two groups at either end of the trail, and left the keys with the cars so that we could all meet up at the ice cream shop afterwards. For the record, Cate, Hannah and I finished the long part of the trail half an hour before the boys did. Just sayin'. 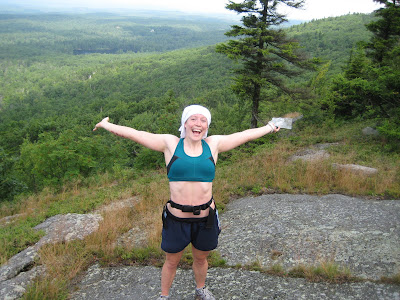 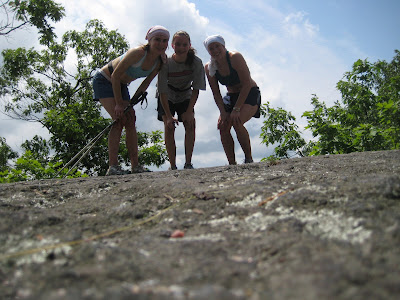 Near the end, at Windblown. 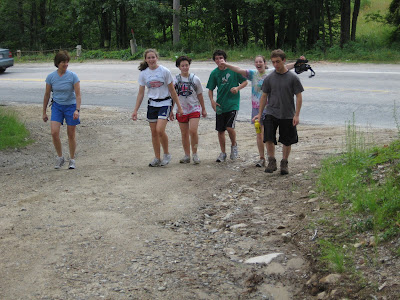 The hiking group, happy to be done after four hours and change. 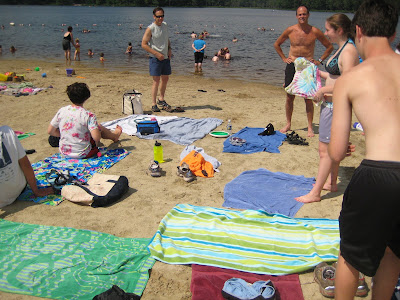 The beach. It was crowded, but it sure was nice. 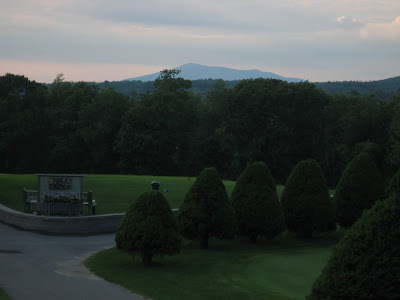 Oh, and this was the view out the window of the dorms.
Posted by Alex at 8:30 PM