I was going to write a race report, but the photos from our rest day are far more interesting than an account of a 1.4km qualifier. Maybe I'll get there.

We had a rest day Thursday, so that afternoon Jess and I went on an adventure. It wasn't much of an adventure, all we did was drive down Turnagain arm, but, it was certainly better than sitting around in the hotel room all day again - we both tend to get a little stir-crazy if we are cooped inside too much, so we planned on doing some sort of driving tour somewhere back when we were in West Yellowstone. The weather was pretty nice near Anchorage - cloudy sky with many levels, not what I'd call overcast, but definitely not sunny, although the sun poked through from time to time, creating some truly dramatic light. This might just be a hotel, but things were just glowing from the always-sideways light here. 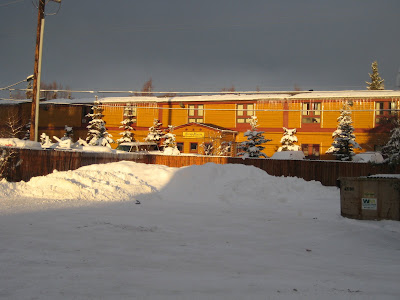 So we stole the truck, and headed south towards Girdwood. We didn't really have a plan, we were just sort of tootling along and occasionally stopping to take pictures. Who knows what we actually were seeing, but what was amazing was that as soon as we were into the arm itself, the weather was super different - raining, this time. It was too bad, because I bet it would have been beautiful in good weather. 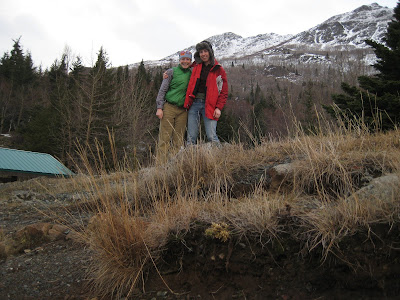 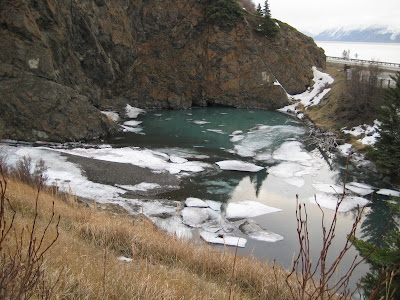 This is from a parking lot that was marked "Chugach national forest". We found poop. Sheep? 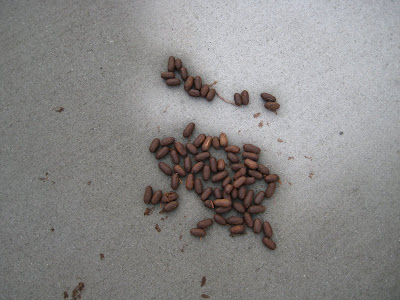 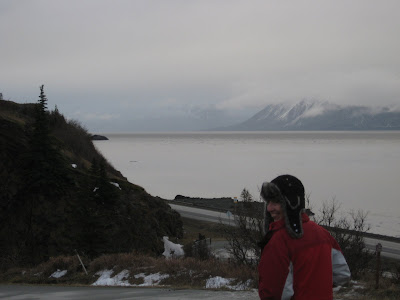 Then we kept driving south, and ended up at Girdwood, where Alyeska, the downhill resort, sprawls. We found an interesting road to drive up (although it was pretty icy, and Jess was nervous), that ended at a mine, but the road to the mine was too icy, and we didn't think we'd get back up it, so we turned around. There was also a sign for the iditarod trail, which we later wikipedia'ed to find out that this is the historic Iditarod, rather than the current one that they race on. The historic one went all the way from Seward to Nome, now it starts in Anchorage. Pretty narrow for a dogsled, eh? 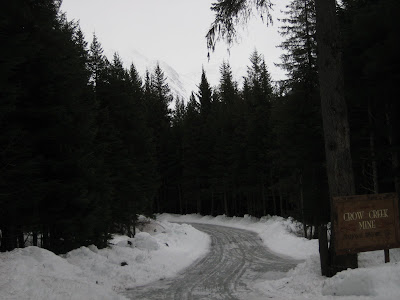 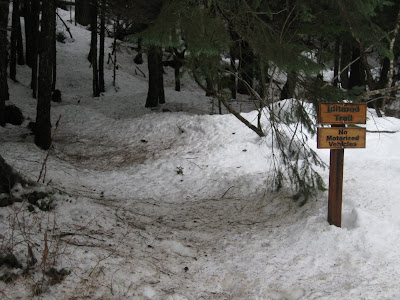 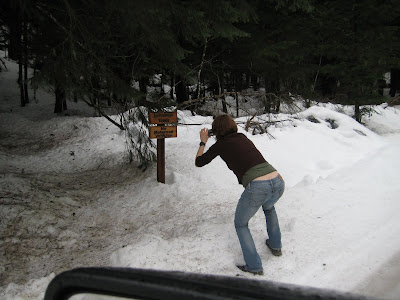 Nice, Jess, get that sign right at eye level...

The sun popped out on our way back north - I find myself taking lots of pictures of the sun, here. I think I've developed an obsession. 11am is too late for sunrise. 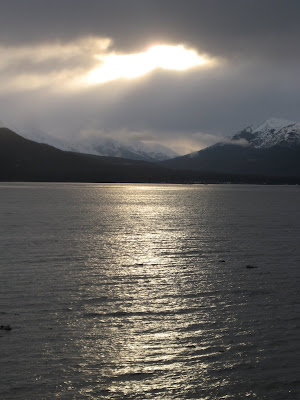 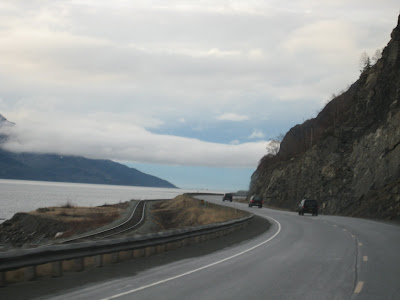 On the way back we stopped at Potter Marsh, which had some cool boardwalks. Didn't see any wildlife, just some strange tracks in the snow that looked like there were made by some animal with long slide-y things on its feet, that angle outwards... 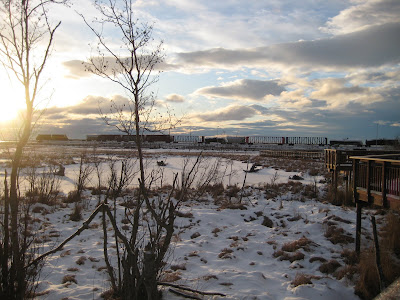 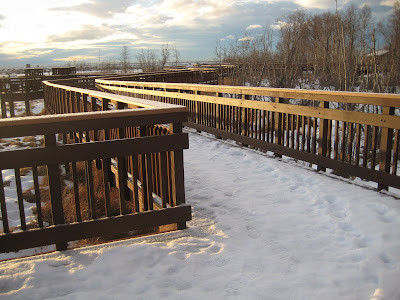 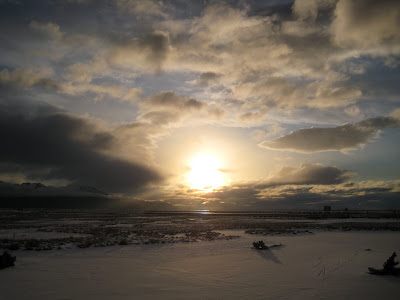 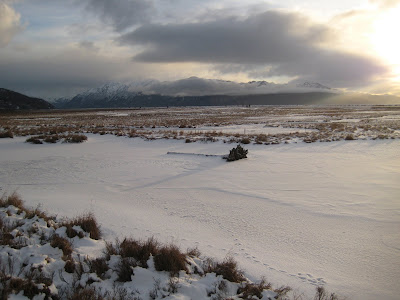 I can't speak for Jess, but I know I felt a little mentally refreshed to do something (however trite and un-environmental and pointless it may be) other than race-related stuff, resting, or work.

Friday it had cooled down a little and the tracks had really set up nicely, so it was just beautiful skiing. I had bomber kick and great glide, and to make things even more fun, I think I remembered how to classic ski. I haven't remembered how to have a high tempo while classic skiing, but I felt really good about actually kicking and gliding after all that running that I did during the 20k. I ended up 53rd, so well out of the heats (I guess 8 seconds is "well out"), so Jess and I hung around and watched the heats - sometimes you just have to be a superfan for those eastern skiers!
Posted by Alex at 11:58 AM

Um, moose poop. A weird outfit in Maine actually makes jewerly out of the stuff.

I'd love to go to Alaska again, in July. Some of the best mountain biking on this half of the planet is on the otherside of Turnagain Arm. I spent a few days in Seward a few years ago and rode part of the Historic Iditarod Trail.

I think it was too small to be moose poop. I should have gotten my foot in the picture or something just for a reference point. But maybe this was a small moose, I'm not a wild-animal-poop expert.

We were definitely talking about coming back to Alaska at some point in the summer to go hiking - I guess I'll add mountain biking to that list! Too bad AK is just so far away...