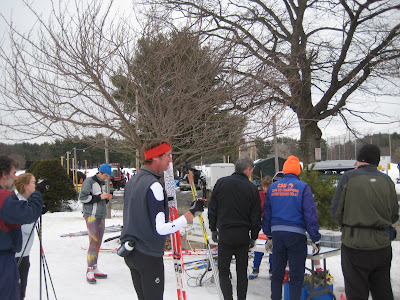 Ed is doing all of the epunching for the US Ski-Orienteering Champs, so he wanted to have a dry run just to make sure that everything works. We turned it into an actual ski-o race, at Weston, and the only minor issue was that we didn't have a map yet. Ed took over mapping duties from me, because, in his words, I wasn't willing to sacrifice sleep for it. Well, no, duh. Anyway, we went and set up the controls after the highschool skiers were done with their race (Mass. state qualifier for EHS/J2 championships), and actually got some people to turn up, some of whom weren't just my friends who I'd begged to show up. Impressive. The advanced course had a map exchange, because its impossible to do a race at weston without going out to the flats at least twice, and things get too confusing if its all on one map. The two advanced maps are below. 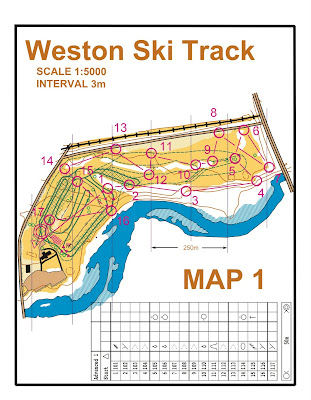 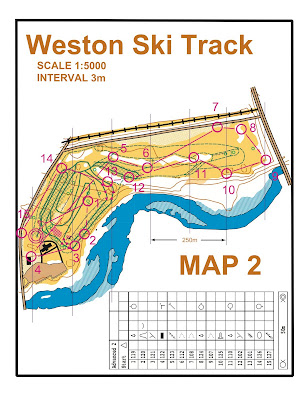 The beginner course went well except for the fact that I forgot to put two controls out there that were supposed to be there. Luckily, we only got three beginners, and none of them got lost. Its a little hard to get lost at Weston.

I skied the course just to make sure everything was in order, and to set a benchmark time. Granted, I designed and set the course, but I still managed a 1-minute victory over the guy in second place. Go me, woo! 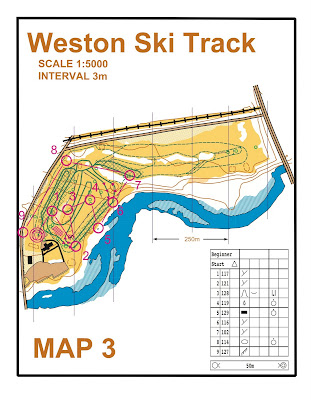 The beginner course. #3 and #5 sort of got forgotten, whoops.

So now I'd say we're all set for the champs, at least on the control side of things. Registration should be up later today... its gonna be a good one, don't miss it!
Posted by Alex at 2:39 PM

You are a good skier! Keep going!