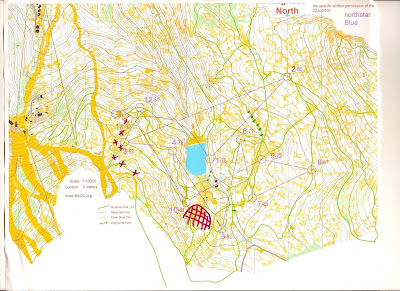 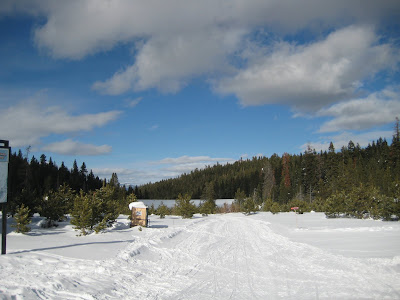 I was planning to keep today also relatively easy, L2 on the uphills, but my body felt a lot better than it did on Tuesday, so it was harder to ski easy. I managed to have another clean run, and thanks to the flatter ski area, which meant I could go faster at an easy pace, I did a lot better relative to some of the guys racing. Northstar XC area is an interesting one, you take a gondola halfway up the mountain to the XC center, which is really just a hut, and then its another 1.2km long climb up to where the start and finish of the ski-o were. Luckily, this was a flattish climb, so it wasn't too brutal, but it still required a little more thought with the logistics.

I rubbed some fluoros on my skis before the start - not that it really mattered, but I figured it would give me an advantage and I could use all the help I could get if I wasn't skiing hard. The snow was deep, and there were about 2-3 inches of freshies on top of the groomed trail. It made everything feel very soft and forgiving, although they weren't the fastest conditions I've ever skied. I started about 2 minutes behind Ken (guy on the US masters' team), 2 minutes in front of Randy (a guy on the senior team), and 4 minutes ahead of Greg (guy on the senior team, who I'm staying with here). It was a tight little pack, and I figured I'd be seeing Randy and Greg pretty soon.

The first couple controls were pretty straight forward, and with the one-minute interval of looking at your map before the start, I had most of my route for the entire course planned out before I started. Not a very technical area, mostly its all about trying to avoid climb. On my way up to 2, a long grind of a trail that at sea level I'd probably have been V2ing, I saw Ken coming down, and knew I'd be chasing him until I'd hunted him down - closing the gap using efficiency. I saw Randy going up as I headed down, so figured it wouldn't be long before I saw him, too. I bombed the downhill, skied well on the uphills, and got to 3 before anyone else had been there. Sweet, I'm in the lead! I expected to see Randy shortly, but unfortunately (for him) he broke a pole somewhere between 3-4, then made a 25 minute mistake, and used a pine branch as a ski pole for the rest of the course. Hardcore!

The course finished cleanly, Greg passed me going up to 8, making snide comments about how it didn't look like I was trying hard enough, and then I did my best to win the finish split (which I did). I figured, I wasn't going to win many other splits, but the finish split was short and flat, so I put everything I had into that 27-second sprint, and I crushed it by two seconds. Now that is how you race skis! Took me about ten minutes to stop breathing hard, though. 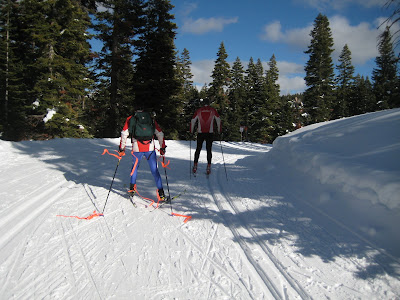 Doing control pickup, Ken was picking up the streamers he'd used to mark the way to the start, and figured he'd try and win the fashion award of the week. 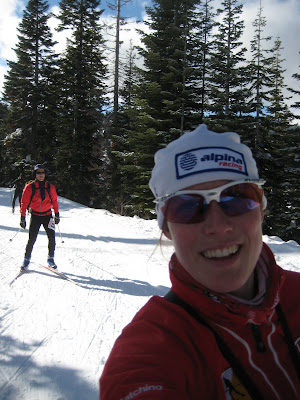 It was another one of these days.

Most of the people who'd skied the blue course went out afterwards to pick up the controls. I went with Jonathan, and it took us 20 minutes to ski out to the caboose (where most of the controls were around), 20 minutes to make and drink hot chocolate, and 10 minutes to get the controls. We have our priorities straight. Did I mention that there is a caboose in a field that has a kettle and packets of hot chocolate? And then you sit there outside in the sun sipping hot cocoa. Its beyond heaven. 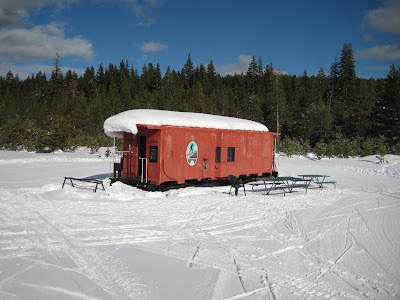 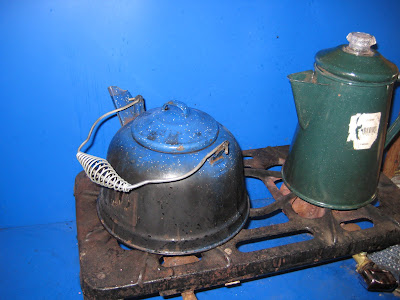 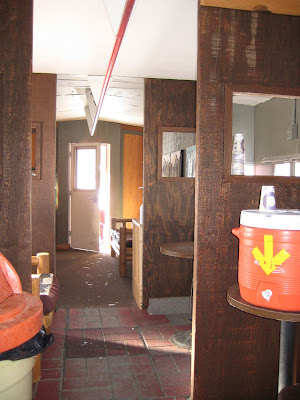 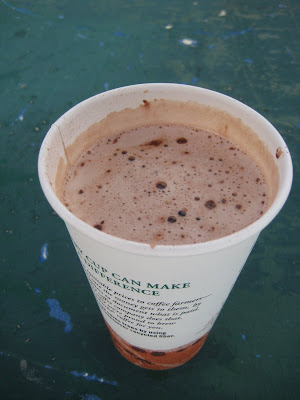 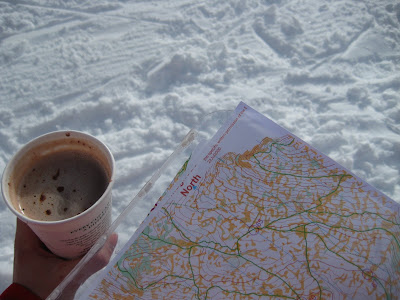 I don't think those photos need any explanation. 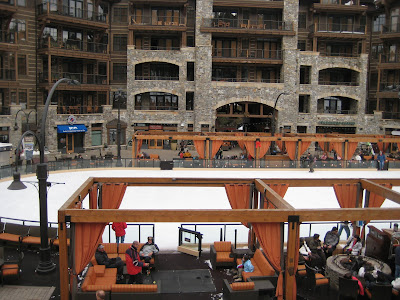 Northstar is very definitely a resort. Not the sort of place I could afford to stay...
Posted by Alex at 9:41 AM

We raced Northstar for USCSA nats back in 2003. It was really nice in March as I remember.

I remember Ed bitching about how high it was. I thought the altitude wasn't too bad.