The last weekend of Eastern Cups (and JO qualifier races, if you're in that age category) is over and done, and it was a pretty successful one for CSU. Saturday was the classic race, and the waxing wasn't all that easy, just because the conditions were so variable throughout the course. The back side of the course was pure slush, but there was powder on the front side of the course. Fun! Luckily, whatever CSU was using worked great, so our juniors were killing it. Unluckily for me, I don't know my klister skis well enough yet, and so I didn't end up with a thick enough layer of klister in the zone. Totally my fault for not leaving enough time to test my skis, wax is part of the game after all.

The good news was that the course was basically flat, though. It started with some super gradual (kick double pole, if that - in my case, I just double poled) climbs out of the stadium, and then started a loop around the backside of the mountain. The back loop had one climb, maybe a minute long, and then it was super flat until you zoomed back down into the stadium. Definitely a good course for me, with a lot of double poling and kick double poling.

I started out 7th, so the course was still in great condition, and it wasn't uber warm yet. I could tell my skis were rockets, but I really would have liked some more kick - I could make it work, but the other option was rock-solid-bomber skis, and I knew what I was missing. Bummer. I kept it positive, though, and tried to really work the double pole sections. Coming down the long hill by the road I zoomed past my 30-second girl, and I caught my minute girl at the top of the one climb on the backside of the course. Crazy double poling around the backside - my skis were just slippery enough that I couldn't really kick double pole at speed, and there were some gradual uphills where that would have been nice, but I just kept telling myself I could double pole the whole course, which I did.

Coming through the lap, I could see some people in front of me, and I used them as rabbits, running them down and zooming past. Out of the tracks my wax was stickier, so I used that where I had to, really pushing the transitions and the flats. I knew I was having a good race, it felt like a top-ten effort, but you can't write off a race until its done, and I'll admit that my upper body was starting to get a little tired with all this double poling. I came down the last hill into the stadium, still passing people on their first lap, and left it out there doing what I could to sprint to the finish. It was good enough for 5th place, but its frustrating to know that with better kick I probably could have been top three. Oh well, waxing is part of the game, and you have to get it right - and part of that is knowing how much wax needs to get on your skis to make them work, even if you have the right wax, if its too thick or too thin for your skis, it doesn't matter how good it was on the test skis. So, I'm satisfied with the result. 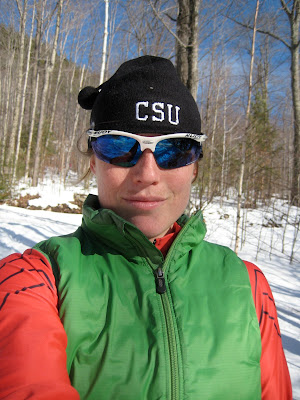 It was a pretty awesomely sunny day. I spent way too much time outside cheering for the boys' race. 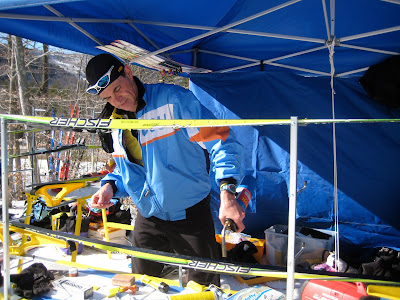 The waxmeister, giving all those juniors speedy skis. 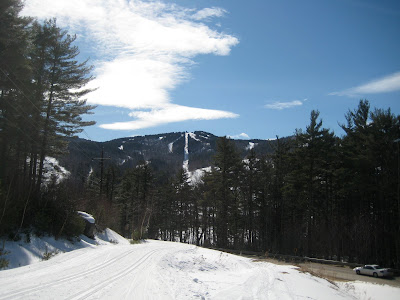 Gunstock. On a beautiful day to be outside! 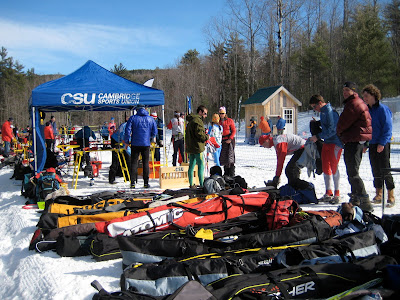 The mess you get when CSU explodes their stuff. We're more organized than you'd think...
Posted by Alex at 8:01 AM