I'm currently up in the Northeast Kingdom of VT, attempting to ride myself senseless on the Kingdom Trails. My parents decided that we needed to have a family vacation, and chose northern VT as a meeting place, in a house on Lake Willoughby. Unknowingly, they'd picked a place within 15min of East Burke, home to Kingdom Trails, so I'm pretty happy. I brought Christophe with me the first day; he is pretty out of bike shape, but suffered along with me halfway up Burke Mt so come down Dead Moose Alley, and then was pretty trashed for the rest of the riding we did that day. My dad was the next victim, and we stuck to some of the lower trails, but he was pretty impressed that we'd ridden for three hours without repeating a single trail, and there was still more!

But, this vacation isn't just about mountain biking. There is also hiking, road biking, canoeing, and trail running to do here, and of course lots of eating and reading and game playing. I got crushed so badly in Monopoly last night it stopped being fun. Now that's a whupping. 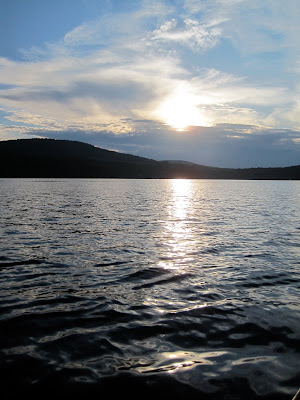 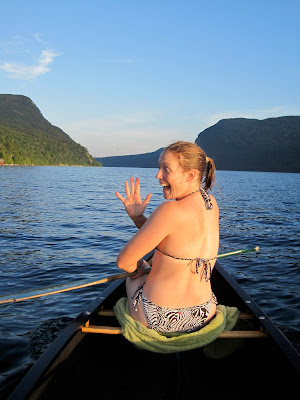 The following photos are from the hike I took with my mom and Tira up Eagle Cliffs (we were calling them beagle Cliffs), on the other side of the lake. Tira may be getting very old, but she can still scramble up rocks with the best of them. We were on some serious rocks, too. 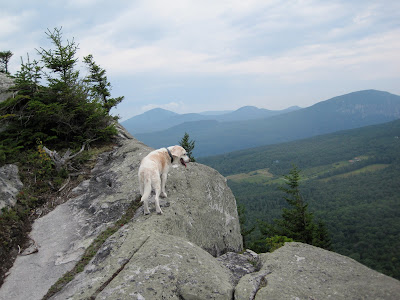 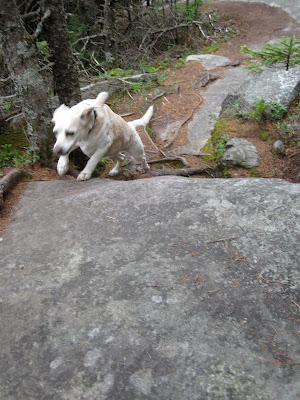 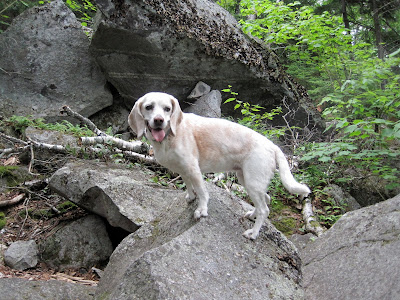 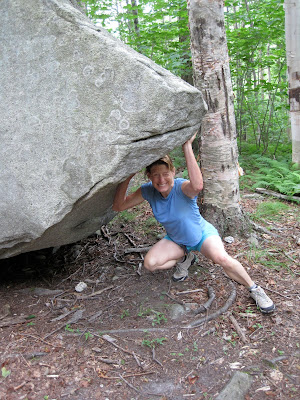 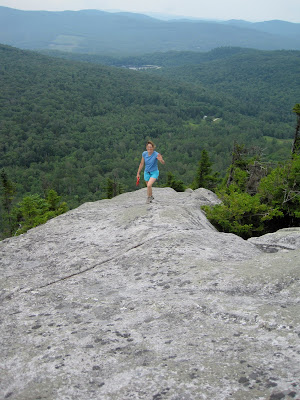