The Wapack trail run is becoming a staple at the CSU ski camp. We did it last year, and the fast girls' group was just Cate and Hannah. This year, it was Cate, Hannah, Katie, Olivia, Charlotte, and Zoe, and we were in high spirits for the whole run. We started at the north end, and the boys started at the south end. Olga and Sue LaChance led the slower girls' group, and didn't finish that much behind us, despite our flying down the hills working on quick feet. 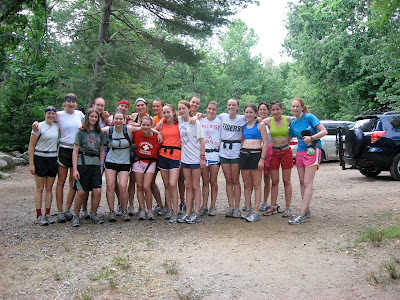 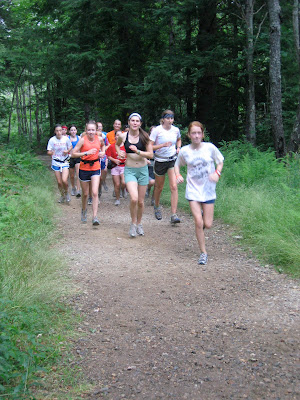 The excitement of the day came when the girls went to get their dry clothes out of the van - the boys had taken all their clothes out of their bags, turned the bags inside out, and put the clothes back in. Outraged that the boys would rifle through their stuff, the girls plotted their revenge all the way to the bbq at Jim Rodrigues' house - he and his wife had invited us all over, since they live near Windblown, and they gave us a delicious lunch, complete with s'mores. 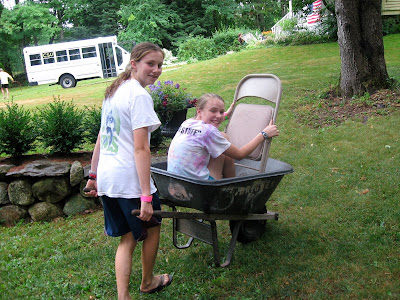 Cleaning up afterwards, apparently Julia is something that needs cleaning up, too. 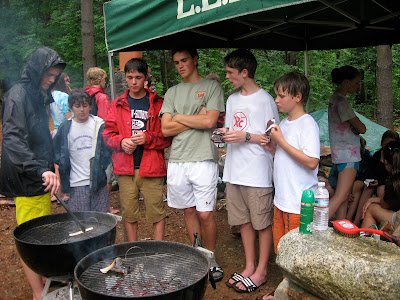 Fire + boys = fascination. All six of them, watching cardboard burn on the grill. 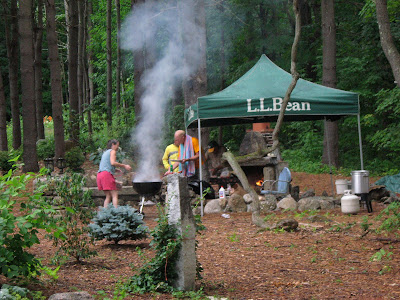 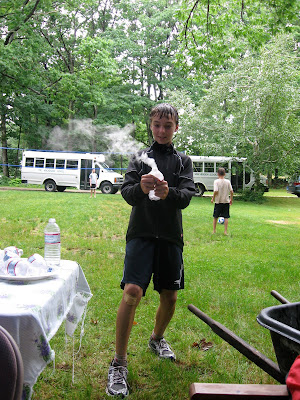 Max figures out how to trap smoke in a water bottle.

The real excitement of the day, of course, came in the form of the girls' prank on the boys. They soaked some tampons in cranberry juice, and trashed some of the boys' rooms, with the tampons, toilet paper, and shaving cream. They went a little overboard, but the reaction on those boys' faces was absolutely priceless.

"There are instructions on how to use a tampon stuck to my mirror! I have VIVID IMAGES imprinted on my brain!! AAAAH!!!" (from a first-year J2).

We had to cut it off at that point, because the boys were threatening flaming turds. We were about to have Northern Ireland on our hands. Rob managed to get everyone calmed down enough to watch blazing saddles, and now its off to bed before the skate time trial in the morning. If we fail to teach them anything about skiing, we'll at least send them home tired...
Posted by Alex at 9:26 PM