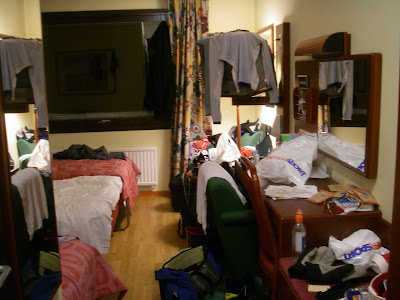 We had yet another middle distance race on Sunday morning. I think they didn't have enough map for us to do a Long race. This time, it was only 8km straight-line, with an expected winning time of 42min, and wave start. I was starting in the second wave, with Ali in the first wave, and because it was STILL snowing, I found I was breaking trail for a lot of the race. Luckily, this snow is still soft and fluffy, and it isn't that hard to yank your ski tips out of snow banks. I really hit my stride in this race in terms of navigation, things were going really smoothly except for one leg, where I turned down the wrong trail for a couple seconds and had to turn around, just after taking the smaller trail when I should have taken the larger trail - similar distances. Whoops. My body felt pretty whupped, physically, though. Apparently four races in three days on top of jetlag and long travel days makes you tired. My arms were quite unhappy at all the double poling on narrow trails, and by the time I got to the hotel, it was all I could do to limp into the sauna. I have some double poling to work on before March...

Anyway, I felt pretty good about this race, but I just wasn't skiing fast enough. Good skis, bad legs - or arms, as the case may be. It was still a big improvement over the 2009 World Champs in terms of percent behind the winner, but I feel that I can improve a lot on this placing if I am smart about my training over the next three months. Results and splits. 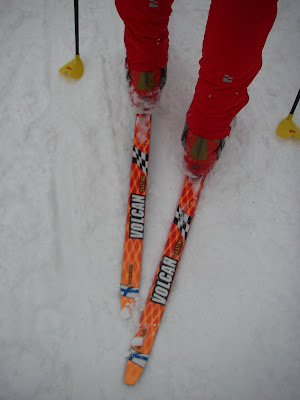 An AWESOME pair of Karhus. 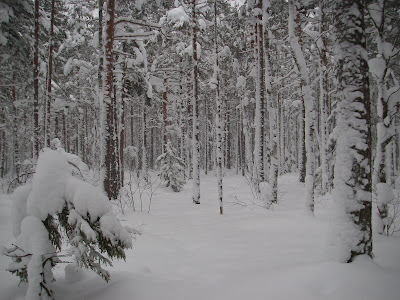 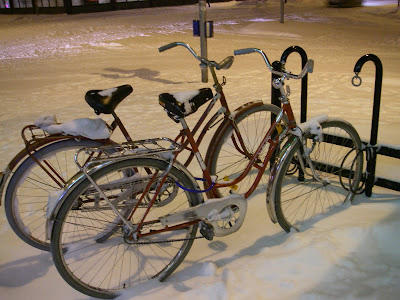 People in Gävle are serious about their bikes. 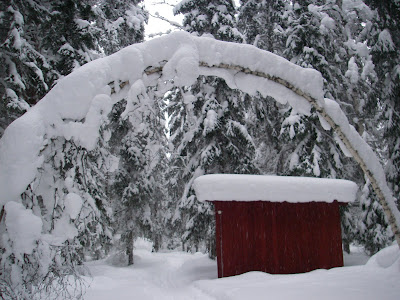 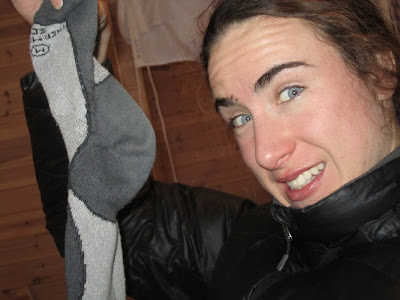 Ali has come down with a cold, so probably at some point in the next couple days I'll be whining about being sick, too. I can't wait.
Posted by Alex at 10:02 AM