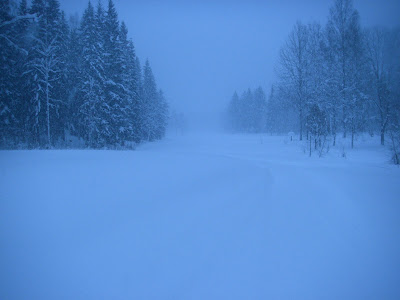 After some quality sauna time, it was time for the world ranking event. After having some slow skis this morning (who would have thought that it would cool down overnight??), Ali and I had time to re-wax for the proper temperature, and the skis were running much better. They started people in the reverse order that we'd finished the Middle race from the morning, so I was 30s behind Ali. Again, there was much technical skiing and not much wide-trail skiing, but it was pretty fun to switch from a map with a 1:10000 scale to a 1:5000 - hard to switch my brain over like that!

Things were going very well at first - I was slowly catching up to Ali, and there were enough doglegs on the course that I could see her, and the other four girls, frequently. Around control 5, the girl who had started 30s back caught up to me, and I ratcheted up the pace even more to stay with her. We caught up to Ali by control 6, and I was all set with my route to 7, reading my map, when I skied straight into an oncoming junior skier, and went down hard on my ass. Dammit. I lost another 30 seconds to Ali on that leg, just being a bit discombobulated. Gah. Anyway, I finished 12th, which is good, but I would love to have those 45 seconds back. That's racing... 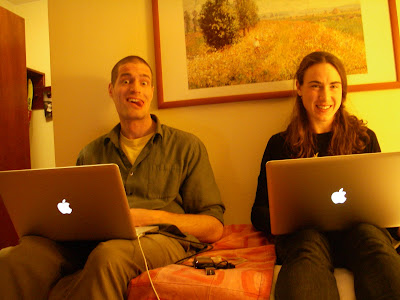 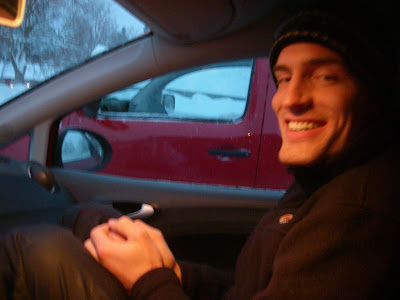 Greg fitting in the clown car. 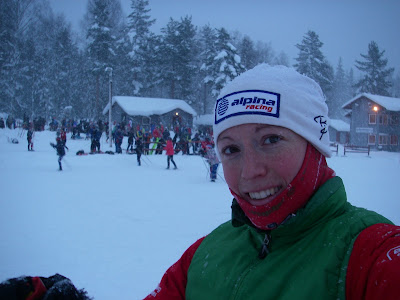 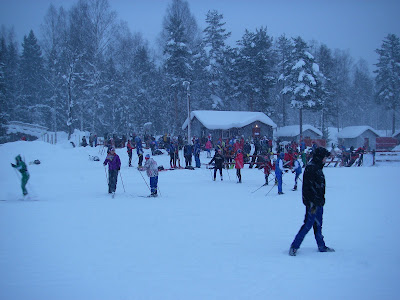 Full daylight, baby. I've decided there is more sunlight here than in Anchorage, though. 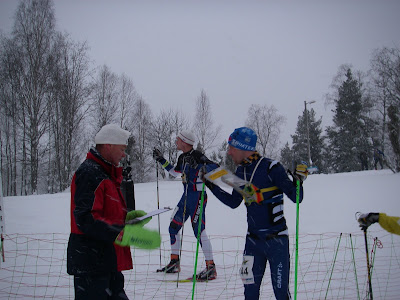 Greg on the start. 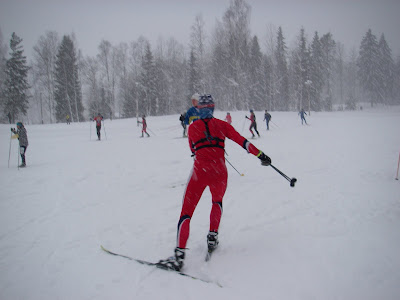 Ali skiing off to the start. 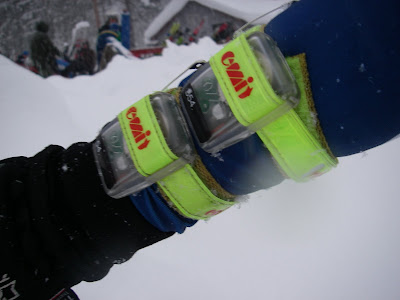 The EMIT transponders - different than the floppy EMIT brick. These things just velcro to your arm (not sure why there are two), and you have to be within a foot of the flag for them to register. Its awesome. No more stopping! 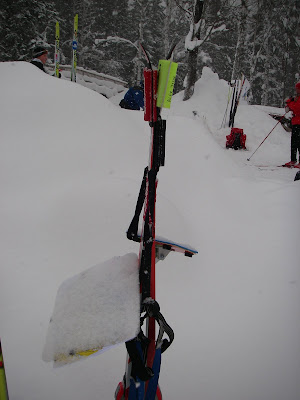 Balancing all my stuff on a pair of skis. In a snowstorm. 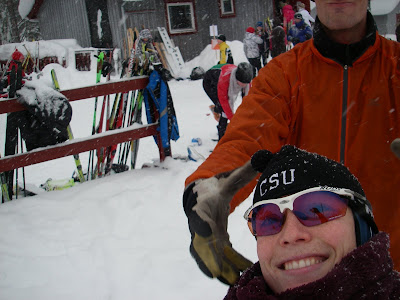 I'm particularly fond of this picture - I was trying to take a picture of me, and Greg walked up to attack my head or something, and so its a picture of his jacket, no head. We're team small, medium, large, here... 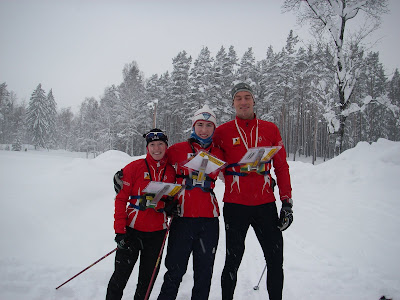 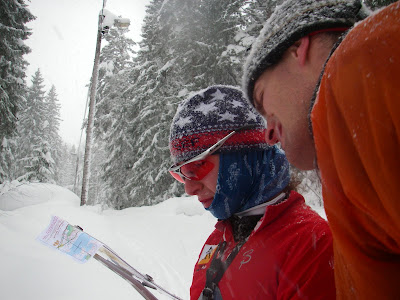