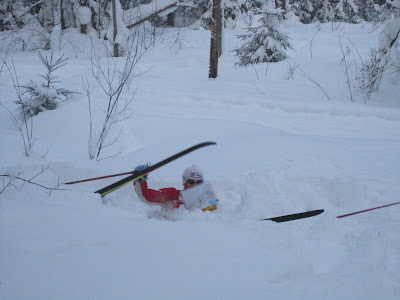 We had two days of training after the races, with the Norwegian team and some random Swiss ski orienteers. Monday I felt pretty trashed, so I took it pretty easy on the intensity. Since it was STILL SNOWING, things were really slow. They re-groomed, but it basically made no difference. Thank god this isn't heavy Sierra cement or something. Anyway, we did a corridor training exercise in the morning (where you can only see a small strip of map, instead of the whole thing), and that didn't actually feel all that useful, since it just felt like a line-o. Just follow the bit of trail that you can see. At least it led me to some parts of the map that I hadn't seen before, and some awesome narrow downhills.

At one hill, I came whizzing down, and had to make a left turn, but there was a sapling in the way. I mostly made the corner, but I knew Greg wasn't far behind, so I waited around, hoping he would crash spectacularly. He stayed upright, much to my disappointment, but I decided to redo the hill a couple times, because it was fun, and unbeknownst to me, he was videoing my faceplants into the fluffy snow. Eventually I made it. This is my favorite clip, because I just totally disappeared into the snow. That stupid sapling was in the way of the perfect arc, making the turn much more technical than you'd think... I swear.


The afternoon was a line-o, where you follow a pre-printed line around the course. This was cruel, because it sent us up many hills on narrow trails, which require either double poling, or an awkward herringbone-type-thing where you're pulling your ski tips out of the snow with each step. Apparently, the weaker ski orienteers, like J2 girls, train a lot on classic skis, so they can actually go up hills. Yes, I have the upper body strength of a J2 girl right now. 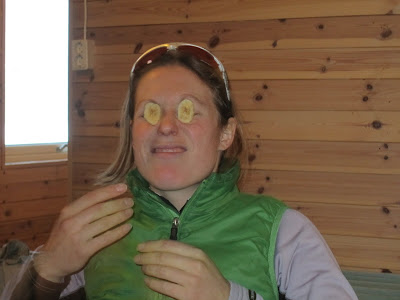 Give me dried banana slices, and I'll stick them in my eyeballs. I am a very serious person. 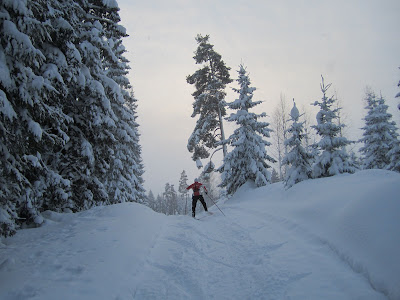 This was skiing on the freshly-groomed pow. Definitely a better day for downhill than up. Champagne powder, and I'm stuck on skate skis in a flat area of Sweden... 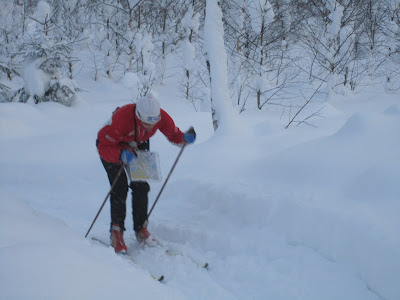 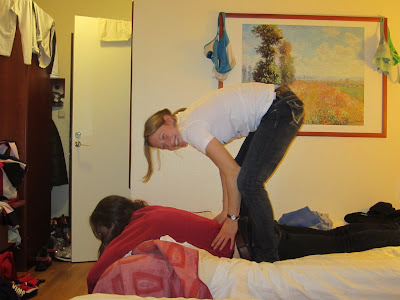 Important work happens at night. The bras hanging on the portrait really make the photo. Greg's quote: "is there anything in this room that doesn't have underwear hanging off it?" 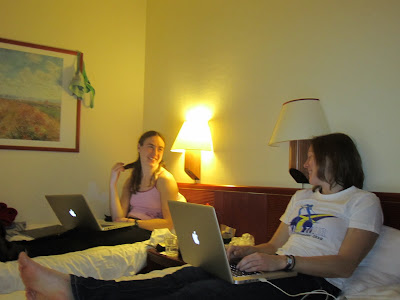 Team Apple/Team Giggly is conferring what to giggle about next. Its been a good trip.
Posted by Alex at 5:22 PM

beautiful snow, what fun! the video turn looks more like something I'd do...the training area is about 40 mi south of 2011 O-Ringen. Be curious to hear what you pd for tickets.

Bob, I think it was close to $800 - can't remember if it was more or less than that, but most likely more. Scandinavia is not a cheap place to get to. Or to live in, incidentally...