I have more photos to dump from Mont Saint Anne. The skiing was really phenomenal, and I got my camera fixed, which made life much better. From Mont Saint Anne, I drove south to meet Ed in VT, and life got even better, by the mile. New Year's Eve in VT, and then by Sunday we were working on ski orienteering stuff, for the race we're holding in the Balsams. From there, I moved on to Rumford, where some of CSU is holed up waiting for the nationals races to be held. Not much snow in Rumford. 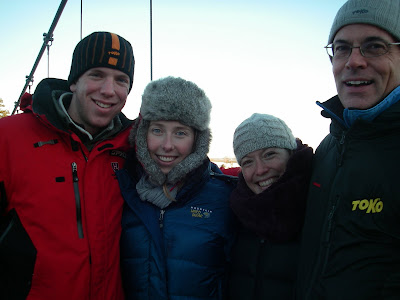 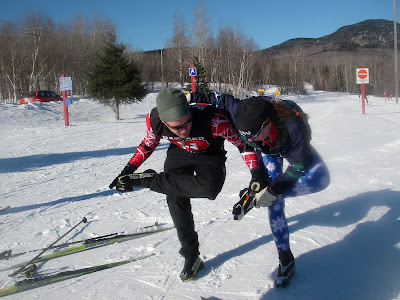 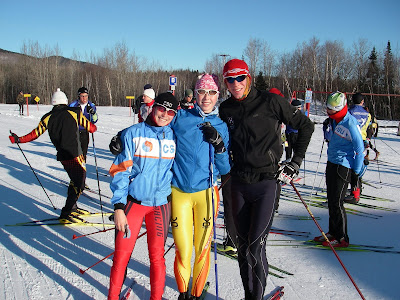 Me, Erin, and Kevin. 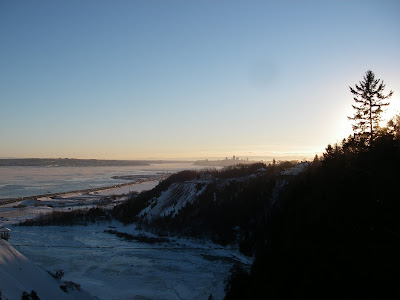 The city skyline from the Chutes de Montmorency. 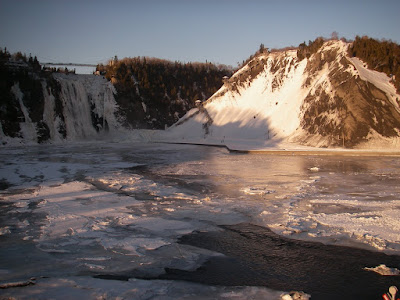 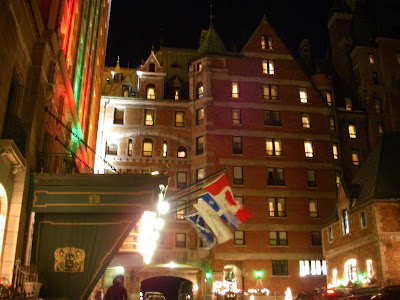 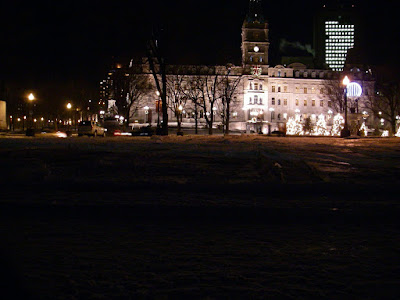