Big nor'easter came through on Wednesday, snarling everything up for the serious people of the world. I thought it was great. 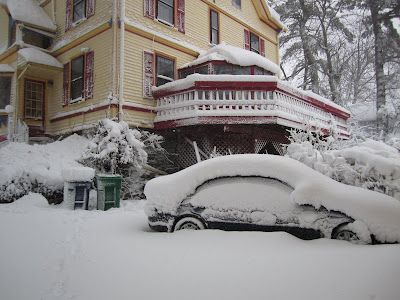 It took us a solid 2 hours to shovel the driveway. Talk about some general strength work, that stuff was cement. I was legitimately sore the next day! It may have been from the extreme sledding... I realize that at some point, this vacation thing will end (and probably shouldn't have gone on nearly as long as it has been), but that was a super fun way to spend a snowy day. 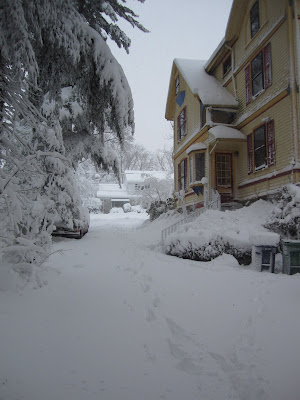 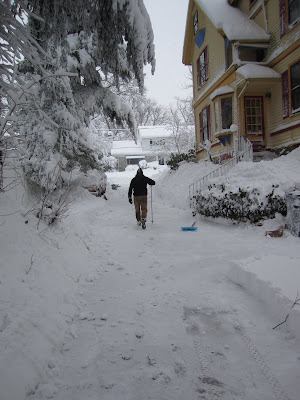 It looks like less of an impressive feat than it actually was. 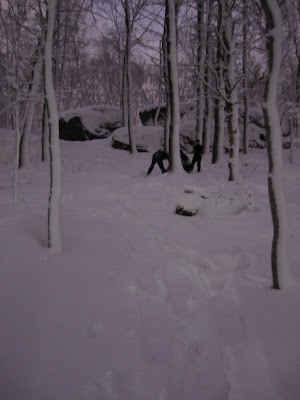 So once we could leave the house, we headed over to Ross and Sam's place, to play in the snow. It was dark, but cloudy enough that the city lights kept things pretty bright, and we had some great extreme sledding through the woods and snowball fights. No better way to enjoy a snowday! 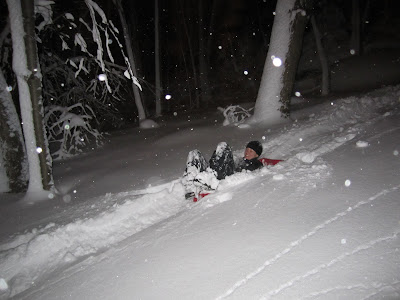 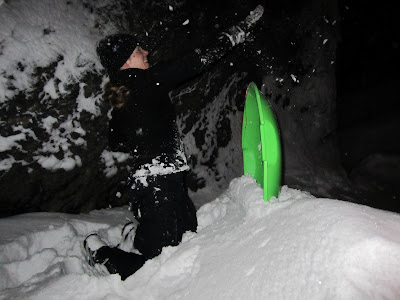 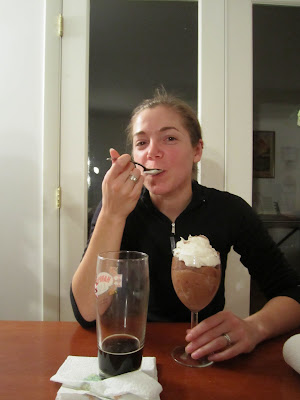 Follow a day in the snow with chocolate mousse, and you'll probably find me in a good mood. Sam agrees with me on the wonders of chocolate mousse. I just realized that that was basically a photo documentary of Sam - the boys were too busy throwing snowballs at us to be featured in any photos.
Posted by Alex at 9:23 PM