Over the weekend, Ed and I flew to Yosemite for Boris and Kat's wedding. We did some cool hiking as well as wedding-stuff, and in the process I believe I lost my camera, but luckily I stole some of Greg's photos to give you an idea of how cool this place was. 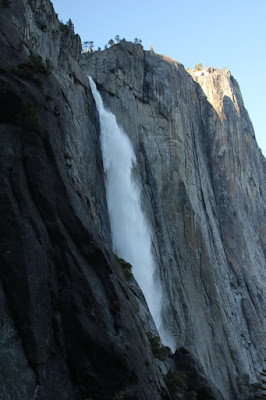 Yosemite falls - what Ed says is the largest waterfall in the US, and one of the top 10 in the world. It does drop 2500ft. We went to the top of that (we being me, Ed, Greg, and Greg's parents Ken and Ruth), where we met up with the group of Sam, Ross, Amy, Matt, Sandra, and Zan, who were sunbathing/eating lunch at the top of the falls. 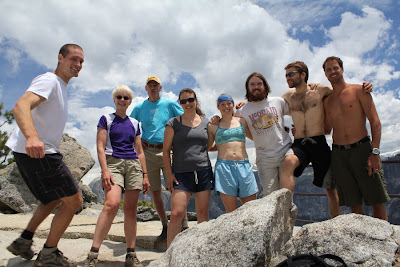 Zan, Sam, and Sandra had to go back down (rehearsal dinner stuff was calling), but the rest of us continued up to Yosemite point. 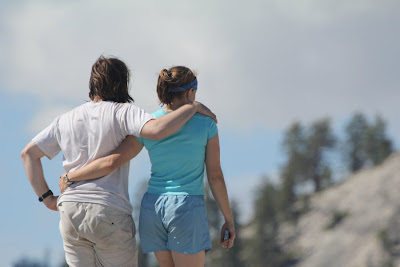 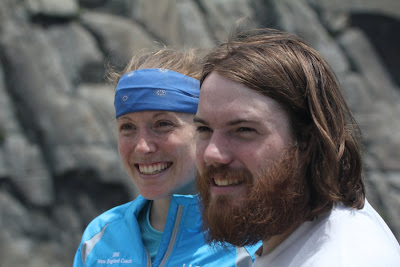 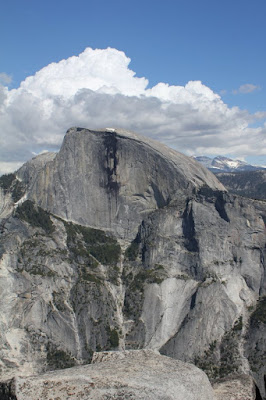 We had been planning on climbing this, but couldn't get the permits. 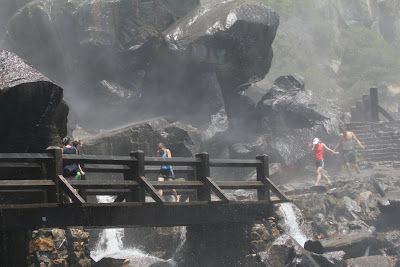 The morning (well, perhaps afternoon) after the wedding, we headed out along the Hetch Hetchy reservoir to Wapoma Falls (I think?), which were very violent and spat out a lot of mist. Luckily it was hot enough that felt awesome. 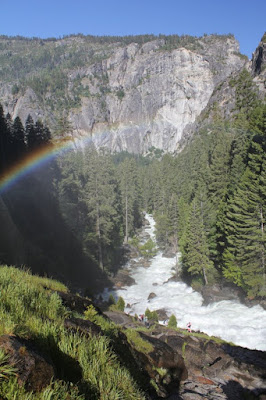 The last day we headed up towards Nevada falls, on the trail to Half Dome. It was purrty. 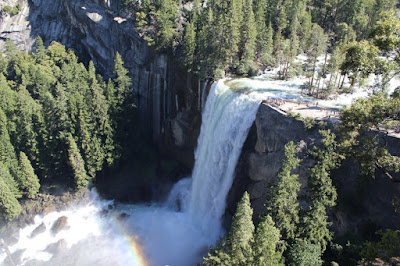 I'm not sure what to do without my camera. If it doesn't turn up when I unpack, seppuku may be the only option. There were some true gems on there from the wedding, which was beautiful.
Posted by Alex at 9:25 AM