The morning exercise was a middle distance race simulation - basically a time trial. Boris started us at 1-minute intervals, ordering the start list so as to have the most pressure as possible on you while running. He was alternating men and women, and I started 2 minutes ahead of Erin, and four minutes ahead of Marie. I was hoping to hold them off, but just wasn't fast enough. There are a lot of hills in that park, and my legs were aching on the uphills, I couldn't run so much, it was more of a dispirited powerwalk. Luckily, when Marie passed me, she was also slogging along with her hands on her knees up the hill, so at least I wasn't the only one hurting out there. 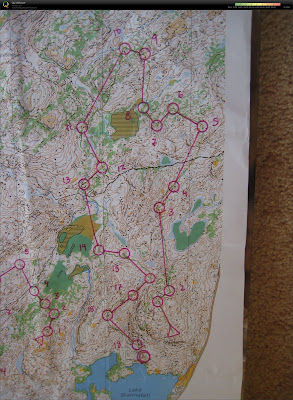 This is the map - you can see all the contours, 190m of climb. By control 9, I'd been caught by Joe, Marie, and Erin, and I tried my darnedest to stay with them. My navigation was good, and occasionally I'd execute better route choices than Marie, but she was clearly the fastest of this group, and would break away when she was going the right direction. I had a mostly clean run, with a couple bobbles. I couldn't find the correct dot knoll at #3, and combined with my ass-dragging up the hill, I lost ~1min compared to my closer competitors. I also lost about 40 seconds on #15 when I overshot it going too high up the hill, and #18 and 19 were pretty slow, but I felt good otherwise, and it was fun to be in a race situation. Can't wait for the A-meets coming up!

That afternoon we did a two-person relay, where there were three different maps and each person ended up running each map once, in differing orders. I think I was more tired than I had expected, because I made some massive mistakes (on the order of ~7 minutes of mistakes over a 30min course) on the first loop, and that put my head really out of it. By the time I started my second course, my legs had informed my head that they were done working for the day, and I called it quits. Luckily, Tracy, my relay partner (and Erin's mom), also decided to be done, so there were no hard feelings. It was fun watching the other teams battle it out, but I don't have the running fitness yet to do two intensity sessions in one day. 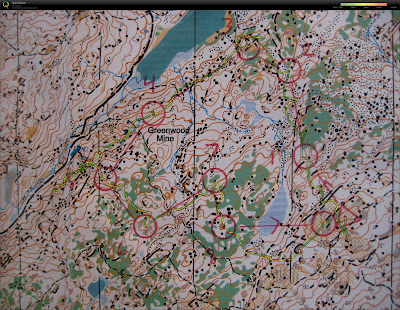 This is my route from the first relay loop. Total disaster, just sloppy all around and I wasn't going fast enough to cover for the mistakes. If you look at the route, you can see how I started out going 180 degrees the wrong direction... that's what we call starting on the wrong foot! 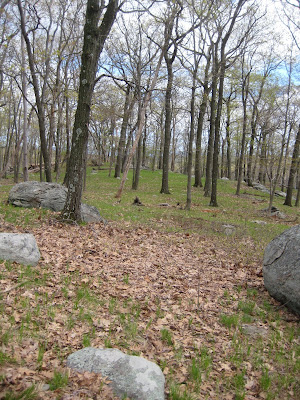 The forest is so wide open up there - beautiful running! The Appalachian Trail followed the ridgeline we were starting on, that would be a really cool section of the AT to hike. 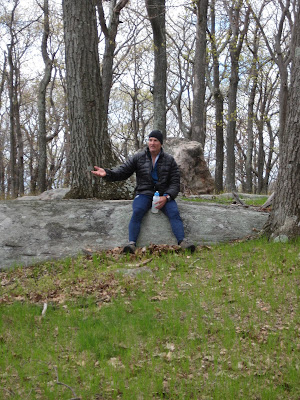 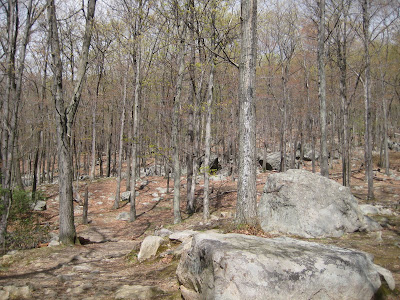 Sometimes, there are a couple rocks at Harriman. And hills. But the visibility is fantastic! 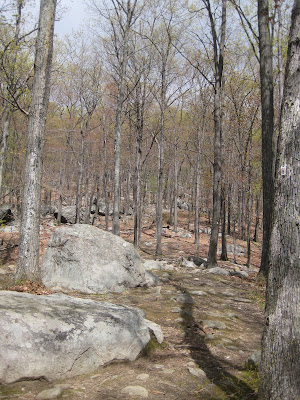 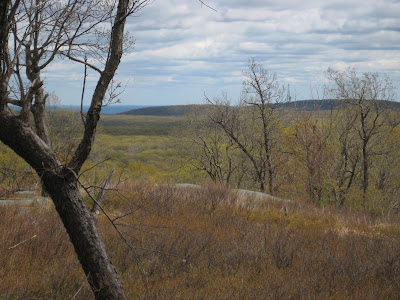 View from the top of the ridge where we started the relay. 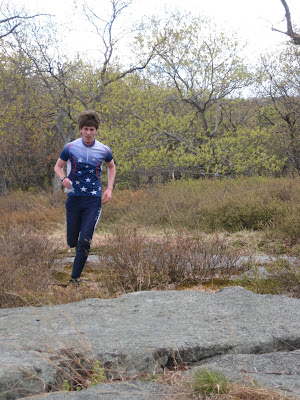 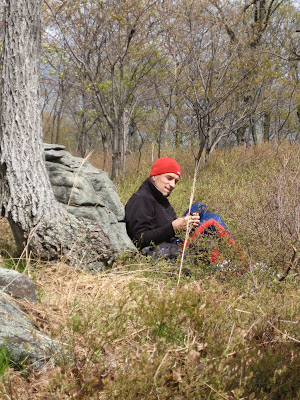 Nikolay, hiding from the wind. 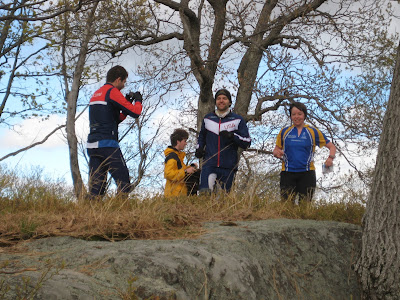 Ross and Becky, so far in front they were jogging it in victoriously. 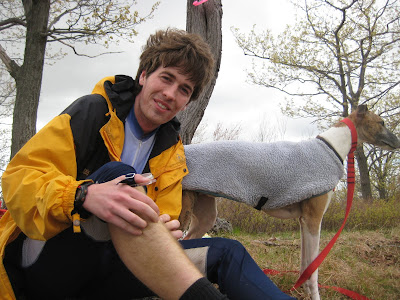 Brendan and Presto - you can't really tell from the photo, but everyone's legs were bright yellow from all the pollen from the blueberries.
Posted by Alex at 11:40 AM