The orienteering section of CSU occasionally holds training camps, that are organized by us, for us. We generally all volunteer to host as many training events as we feel like through the year, and Brendan and Clem volunteered to hold the Easter weekend training camp this year, and totally outdid themselves. The camp had a super professional feel to it, with all the details organized (this is a big deal, really). The only thing that wasn't so cool was that the park entrance was closed, so we basically hung out in a parking lot instead of in the nice camping area, and had a long jog to the start of each exercise.

The weather was gorgeous, which helps with the overall feel of the camp, and we spent the night with the Andersons, an orienteering family who live in Durham and very generously stuffed us with feasts - Peter was very excited to cook a full Scottish breakfast, although none of us were all that disappointed when he apologized for not having any blood pudding or haggis.

I drove up Lori, Presto, Ian, and Stephen, who calls himself SGB, an English dude who is living in Boston and runs really fast (like a 9:09 3k). We met up with the rest of the group, about 20 all in all, started the first exercise around 9:30, and it was already too warm. It got to be 75F by the afternoon, so the theme of the weekend was dehydration. 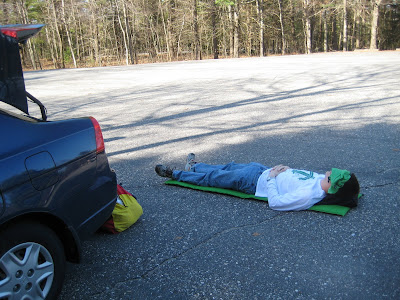 We were the first car into the parking lot, and Ian was tired, so he took a nap. Weird. 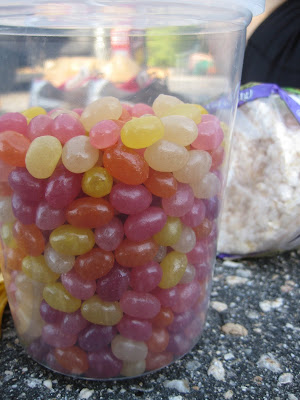 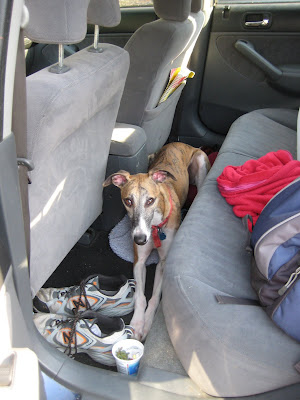 SGB took Presto for Saturday morning's training, which meant that Presto had to run much faster than he normally does with Lori, and much farther, since SGB's style of orienteering involves going way out of the way to take safe routes. Presto was pretty pooped by the time they got back to the cars, and crawled right in to take a nap. 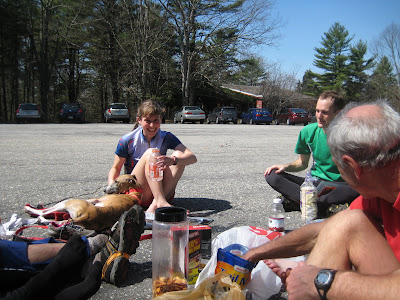 We literally just sprawled out on the parking lot to have a picnic. Classy. But, it was close to the cars, which had the food and water. 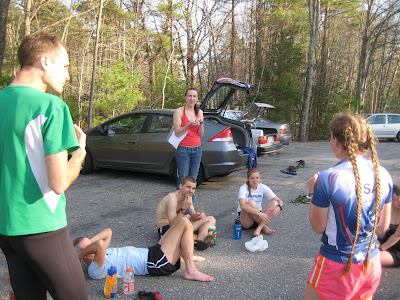 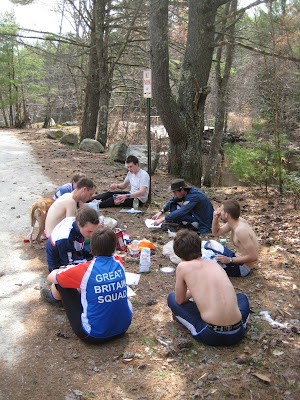 At least some of us found some shade and dirt to sit in on the second day. 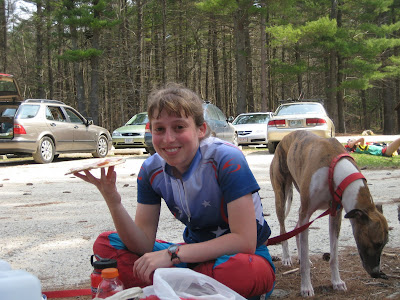 We actually managed to exhaust Presto by the end of the weekend, despite feeding him many hotdogs between workouts. 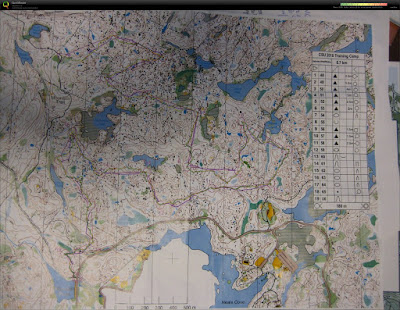 This is the map with my route (in green and red) on top - the purple is the line I was planning to follow. 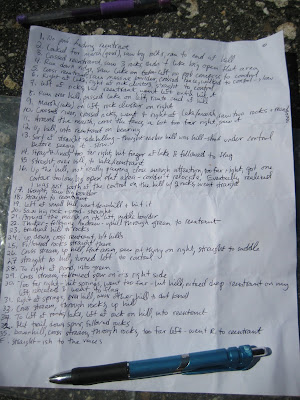 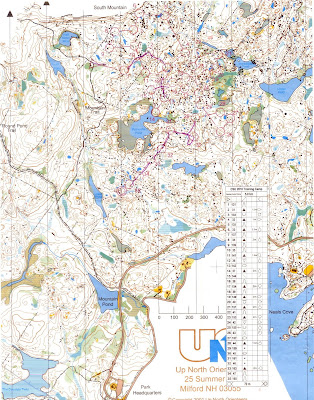 This is the map from that course - complex, confusing, and super technical orienteering. The focus of this camp was on map skills and technical orienteering, not the super-high-speed running that we'll be doing later in the spring. Pawtuckaway is a great place to do technical training, given its highly complex terrain and accurate map. 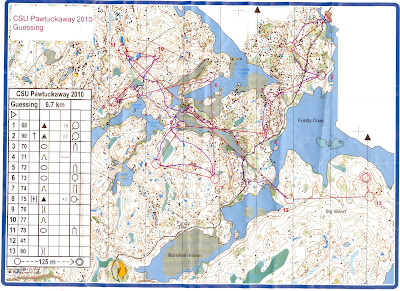 The map and my route from the time estimation course on Sunday - we were in groups of three, and the idea was that we each took a different route and estimated how long it would take. Interesting, and nice to be able to stop at each control and refocus, especially in that heat.

Five sessions later, and I'm done. My calves' stabilizer muscles are quite sore to the touch, maybe eight hours in the woods all at once was a bit much, but it was certainly fun!
Posted by Alex at 2:45 PM