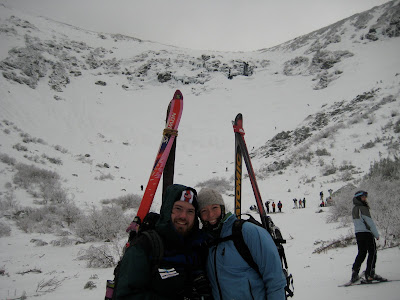 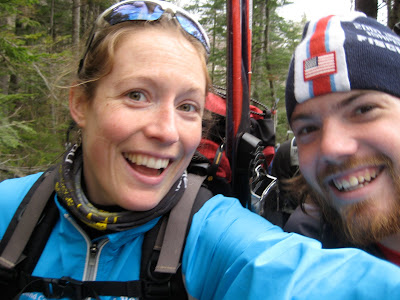 Erin Dubinski and I decided that we should ski Tuckerman's ravine this winter, and Ed thought it was a great idea, so Saturday night we headed up to Erin's place at Sunday River to crash before eating lots of grapefruits for breakfast and driving off. Completing our posse were Kevin Sprague and Tony Ryerson, skiers on the Harvard team, so with five in the car we strapped all the skis to the roof. It's been a while since I've had to do that. 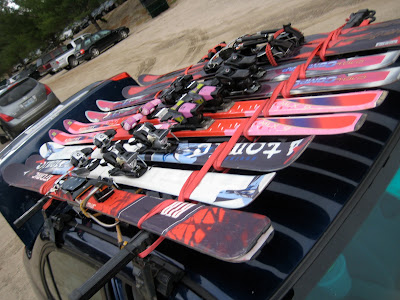 We got to Pinkham notch and the clouds were scurrying across the sky, but the sun would occasionally peek out, so we headed upwards. The trail is pretty mellow, and we were at the base of the ravine after 1.5 hours. The weather had sort of taken a turn for the worse... we couldn't really see anything. And the wind was going 40mph, but luckily, the bowl was pretty sheltered. 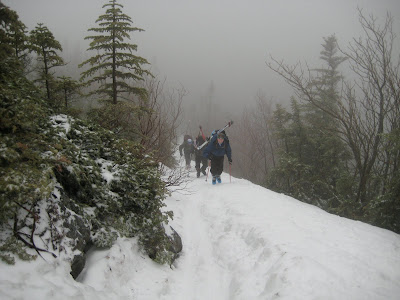 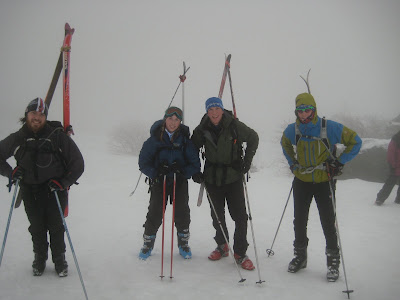 We tried left gully first, and it was pretty sketchy. We were kicking steps into the ice to ascend, you know the skiing will be good when you're climbing on ice... oh. We stopped under a large rock to get our skis on, which is trickier than you might think when you're on a wicked steep hill. 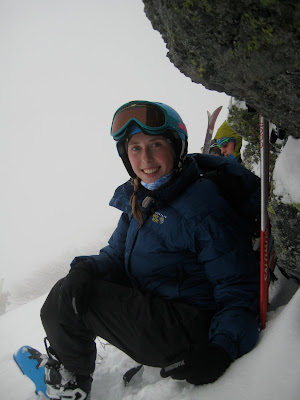 We tried right gully next, and actually found some really decent snow just under the gully. The gully itself was still sketchy ice, but the bowl was windblown powder, and we found it just as the clouds were lifting, which put us all in great spirits. That run was good enough for three more before we determined it was time to head out. 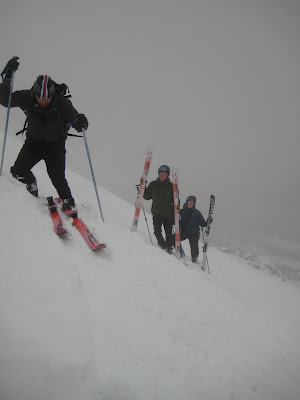 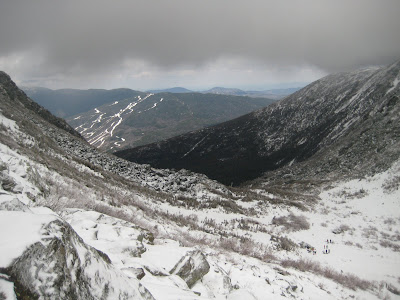 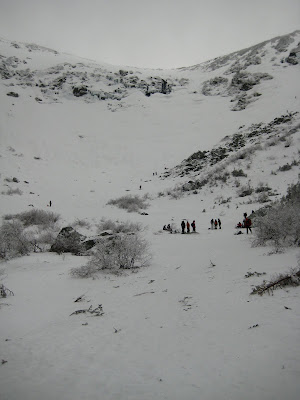 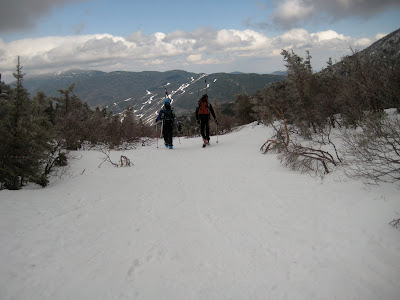 Once the weather did this, we figured we couldn't hang around any longer. 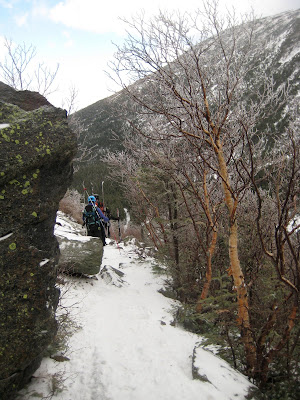 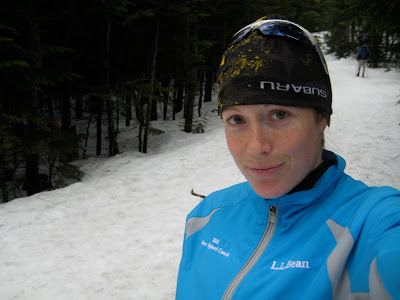 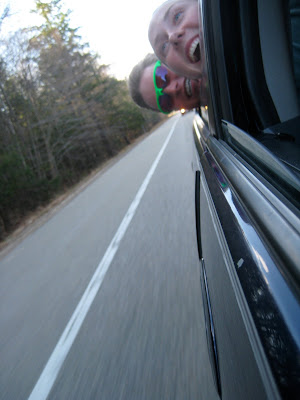