Part of the responsibility of being a CSU member means putting on an event each spring, as part of the park-o series. My event was yesterday, at the northern end of the Fells, on the map we call Bear Hill. It went pretty well, and we had a decent turnout for a park pretty far from public transportation. I set two advanced courses, to make it worth the while of the competitors, as well as a beginner course. We had 19 finishers on the first advanced course, and 8 on the second course, as well as two people run the beginner course. Nobody got lost or horribly injured, although Ian did run into a wire fence at full speed because he didn't see it, and Eric couldn't find #10 for a long time because it had fallen off the tree I'd hung it on. I'm not sure what I could have done about the fence other than not put controls over there, but I could have tied the flags a little better to wherever I was hanging them from. Live and learn. At least the beginners had fun - Alexei's daughter and Vadim's daughter. 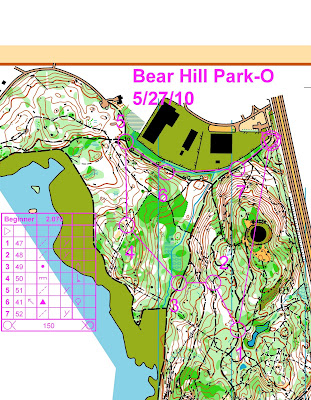 The beginner course - it was a bit on the long side, at 2km, but both girls were able to finish it. Victoria is just a wee one, but she was pumped to do the course, with Alexei shadowing her to fend off any bears or other wildlife. 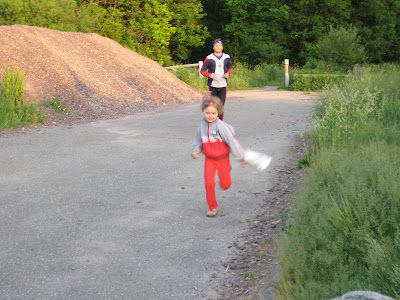 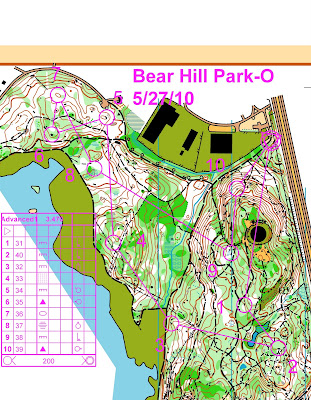 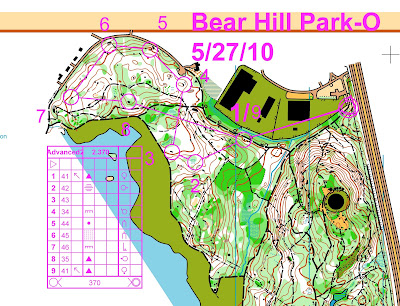 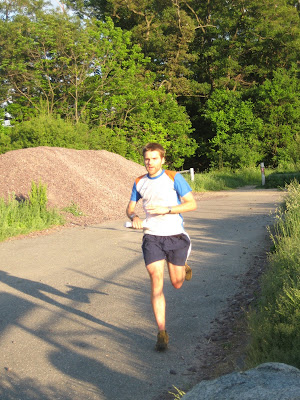 Ross finishing - doesn't that finish stretch just scream "At one with nature" to you? 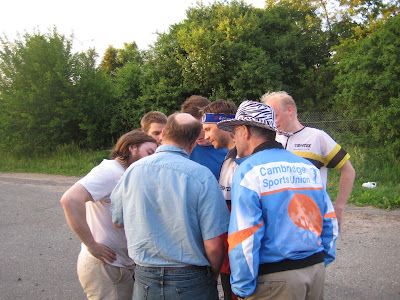 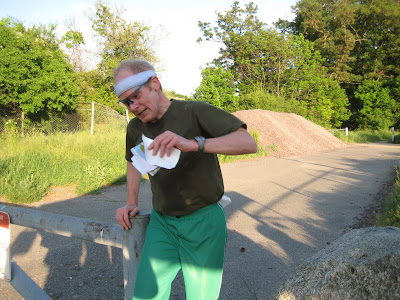 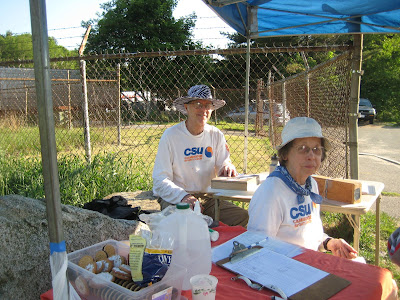 The founders themselves! Larry and Sara Mae Berman, always on hand with the cookies and water at the park-os. They also take care of the administrative stuff, which is super convenient, since the course setters generally get hung up with making sure all the flags are out, and tend to forget about things like registration, and getting people started on time, and providing cookies afterwards.
Posted by Alex at 10:37 PM