Tales from a land of crazy 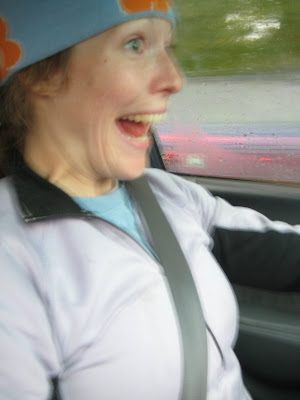 Next year, I'll be back at school, working on a masters at UMass Amherst. This necessitates a place to live, since Ed is staying in Boston, so since I was out by the Connecticut river last weekend, I checked out a couple apartments. The stuff people try to rent out is pretty ridiculous. They're damn good at the spin on the Craigslist ads, I'll tell ya that much.

The first was a house owned by a crazy cat lady. The type of person who puts the crazy in crazy cat lady. She was down to four cats, since apparently there has been a fox in the neighborhood, and it has a taste for kitty cats, and Fluffy didn't come home one night. This lady was renting out a room, that I think used to be her daughter's room, and the room was fine, but it smelled like cat. She smelled like cat.

The next was a split level house, and the couple that owned it usually live in CT, except when they're here, with their two kids. The room they were renting was the size of my current bathroom, and about as clean. I last cleaned our bathroom three weeks ago. The other really weird bit was that the room was part of the upstairs suite of rooms - the bedrooms were on the upper bit of the split and the kitchen and living room on the lower bit, so it was a room next to the master bedroom and across the hall from the kids' rooms. I want a room, not a family. Thanks, next?

There was the strange guy in the apartment complex trying to rent out a room in an utterly filthy supposedly-two-bedroom place, dark and dank and stinking like cat piss (his cat was cute, in his defense). There was the house that looked like a frat house, had four roommates on the first floor, two families living upstairs, and two families living downstairs. A couple fairly normal apartment complexes. And then the one that took the cake.

In her ad, this woman sounded like a friendly hippie. I thought I could deal with that, so I responded to her ad, turns out she also has an 11yo kid, well that's fine too. She had mentioned in the ad that the house was often a little cluttered, since she didn't really have time as a single mother to keep things spotless. Sure, that makes sense. Well, I walked in, and the house takes the word packrat to a whole new level. Papers and toys and tools and more papers and boxes and cans and more toys and clothes and tupperwares and god knows what else just EVERYWHERE. There were basically paths through the clutter from one area of the house to the next, it would have been a very beautiful house if not for all the junk everywhere. Even the kitchen had stuff piled on every horizontal surface. She mentioned that she just didn't have much time to pick up, it looked like she hadn't picked stuff up in the last 11 years. Wow.

So she shows me around, the room is very nice, and there is a big basement with nothing in it, amazingly enough, for bike storage etc. She points to half of an island in the kitchen, which is sort of clear, and says that that is where previous tenants prep food and stuff. Oooh, a whopping 1x4' horizontal surface! So at this point we sit down to talk about stuff, she is renting this place pretty cheaply so I'm interested, but not sure I could deal with the clutter, and then she brings out two pages of handwritten questions for an interview, and I realize I probably can't deal with this level of crazy.

She is hoping for someone to basically take care of her kid when she can't, which I told her right up front I wasn't willing to do. That didn't dissuade her, the questions continued. No scented soap in the washer because it makes the whole house smell. The dishwasher is broken and she probably won't get around to fixing it. Please be careful not to scratch the pinewood floor in the bedroom. Careful of all wood surfaces (where? I can't see them for all the papers on top). No slamming of doors, and the walls upstairs are pretty thin, so be very quiet if you have to get up in the middle of the night, don't flush the toilet until morning, don't even turn on the bathroom light because there is an associated fan. Obsessive about snow removal, 2" or more and it must be shoveled out from around your car. Doesn't want Ed coming over until she's met him (I guess that makes sense? Maybe if I had a kid I wouldn't want random people coming over either, but if they're vouched for by someone I trust to live in my house...?). One of the best was that if I go to a party, please don't come home that night, since she doesn't want her kid exposed to any insobriety. The rules went on. And on. And on.

Eventually we ended the rules, shook hands, and I left, telling her I'd think it over. Because at that price, maybe I could deal with that level of crazy. Took a night to mull it over and realized that was too crazy even for me. Yikes. The kicker is that she is a volunteer firefighter - which is why she keeps the "fire lanes" clear in her house.
Posted by Alex at 10:18 AM