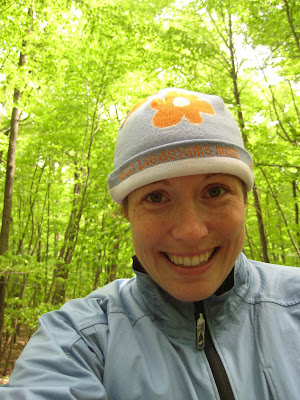 The second day of the WCOC meet was at Huntington state park, near Bethel CT. It was billed as a "classic" course, not quite a long, but definitely longer than a middle. The women were doing 8km, and I'd heard that this forest was also very open and fast, so I was psyched to try and run faster than I had on Saturday. Unfortunately, I ran too fast, and completely outran my brain, botching the first control by 17 minutes. Yes, minutes. By the time I finally found that stupid control, I knew I was out of contention. I had just taken 23 minutes for a 5-6 minute leg, you can't make up that sort of time. So I punched the control, stopped, and said "ok. Push the reset button now". 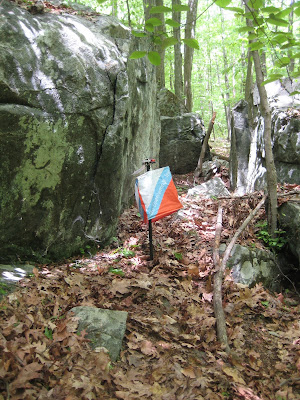 This is the little bugger that gave me all that trouble. Grrr.

The second race of the day (#2-17) went pretty well. I was pleased with my ability to put that first leg out of my brain, and I was moving really well at times. I had some excellent legs out there, as well as a couple bobbles, but near the end my left achilles started to get really tight and painful. This hasn't bothered me since 2007, so it was probably related to rolling my ankle or something, but I definitely slowed down as the pain increased. I have come to the realization that even though I have a relatively high pain tolerance, when I think that whatever is hurting is doing something bad to my body, with lasting effects, I won't tolerate the pain, or at least I get really wimpy about it. So I will tear my legs to shreds on brambles, and not notice it, but if I feel a twinge of pain in my ankle, I slow down. I guess that's self preservation for ya, didn't know I had it in me... 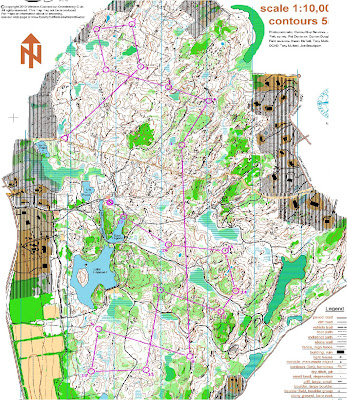 I rolled in to the finish eventually, sort of hobbling because of my sore achilles, definitely didn't win that finish split. I was so pissed about that first mistake that I went out to run the first leg again, although it turned out that running was painful, so I mostly walked. And took some silly action shots along the way. It was a beautiful sunny day, if a bit chilly and windy, and the forest was just so open and fun to run through that I couldn't stay angry for long. Sure, my overall score for the weekend was crap, but I was able to find the good in each run. The courses were very well designed, the maps were exquisite, and everything was run very smoothly and very professionally. 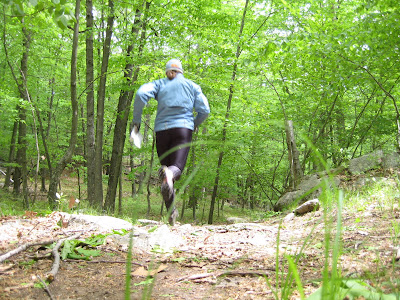 Results, which also have the overall weekend results, and splits, although that is for the entire red course, which also includes M40, M55, and M-20, so there are a lot of boys mixed in. I was 35th if you want to scroll all the way down there... 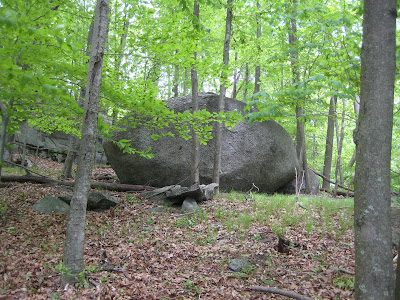 That is a big boulder. 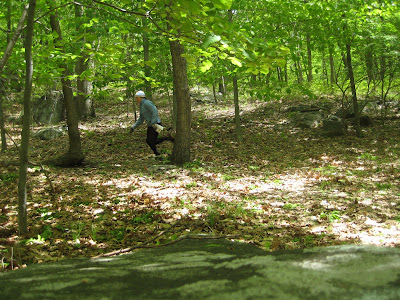