The Western Connecticut Orienteering Club (WCOC) put on a national level meet last weekend, which also happened to be a World Ranking Event (WRE). This attracted some of the really fast Canadians, as well as a bunch of fast Americans, many of whom are sticking around until next weekend, which is the US Team Trials at Harriman. I had heard that CT had really nice forests to run through, but I didn't really believe it until after this weekend. It was just beautiful out there, open deciduous forest with a smattering of mountain laurel just to make things interesting, rolling hills but nothing too steep, and not too many annoyingly pointy rocks on which to break my ankles. I don't think I've ever run so fast, or so hard, during an orienteering race. 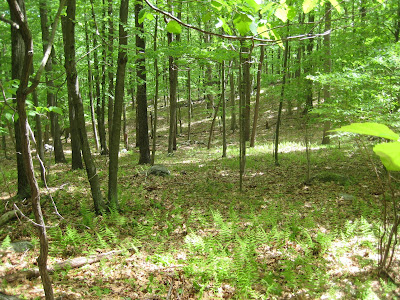 Saturday was the middle distance event, at Ansonia Nature Center, near New Haven. Middle distance races tend to be the most technically challenging, so I was interested to see whether all this technical training I'd been doing this spring would make me faster.

The sky had been alternating between heavy thunderstorms and heavy rainstorms the whole drive down to New Haven, and naturally that didn't let up for the race. As the thunder rumbled ominously and the rain soaked me to the skin, I wondered briefly if I would make it through the race alive. A few years ago, I was informed just how scary lightening can be. I was anxiously counting the seconds between the lightening and the thunder, but by the time I was at the start I'd convinced myself I'd make it through alive. Its a credit to the course setter that the course was so interesting I didn't notice when the rain stopped, or even that I was running in a forest in a thunder storm. Totally engrossed in my navigation, which is how it should be. 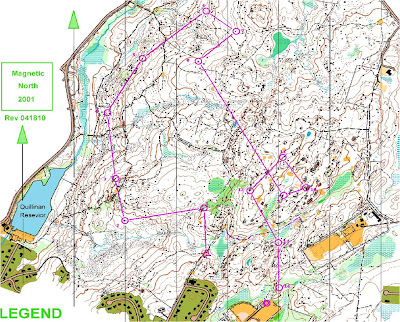 I ran a fairly clean race, but I did not particularly feel happy about it. I never got up to full running speed, and I felt like I was relying a bit too heavily on my compass. If you trust your compass you can sort of just run fast in the right direction until you hit your attackpoint, but that is pretty risky in case you miss it, and I felt like I was just moving too fast for my brain to keep up. Nothing worse than running with a sense of panic building inside that you're just going to outrun yourself, but I kept moving and picking off features and didn't make any huge mistakes, although there were plenty of hesitations out there.

I ended up in 7th, ahead of some people I definitely did not expect to beat (including someone who went to the World Championships last year, although she had a bad race, and someone who will likely go this year, although she also had a bad race). Its impressive that Sam managed to take almost 10 minutes out of my time, a lot of that is due to straight up speed, but I like to think that if I felt more confident with myself I could knock a couple minutes off. That said, a cautious run was probably the best approach today, and it worked well enough. Results, scroll all the way to the bottom for the F21+ class (elite women). And splits, for the analysis. 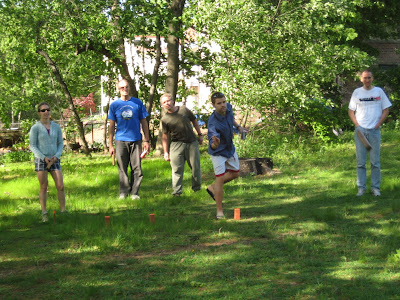 That evening we all gathered at Kat and Boris' house, "we" being a large chunk of the serious orienteering population under 30 in North America, to play Kubb and have a barbecue. 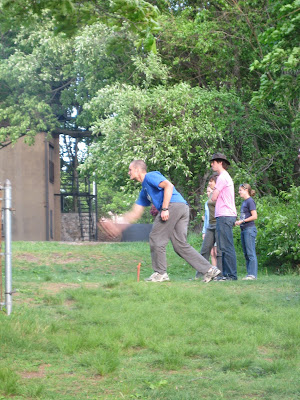 Kubb involves throwing sticks at wooden bricks. Its Swedish, and I imagine it would be much more fun as a drinking game, but we all had to race tomorrow. 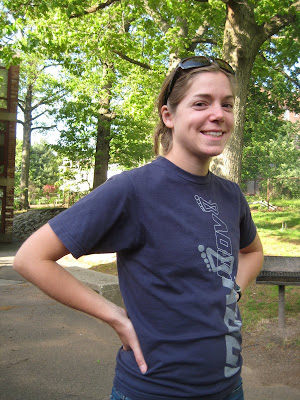 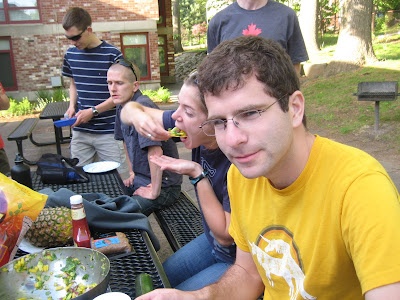 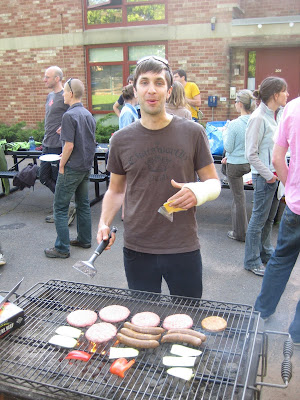 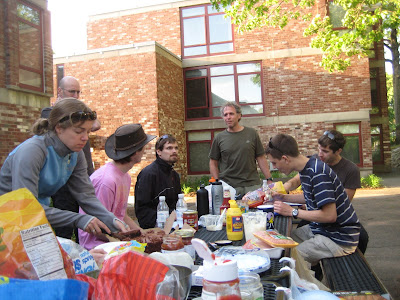