Thanksgiving... with a turkey! 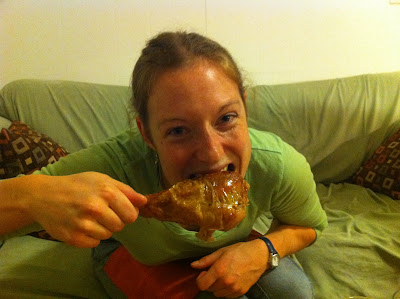 I don't remember when I last had a turkey for Thanksgiving - usually I'm somewhere with snow, and no turkeys. Or rather, turkeys-a-plenty in the grocery stores, but only a toaster oven and a microwave in the hotel kitchenette with which to cook the turkeys. So the fact that I got to stay home and eat turkey this Thanksgiving is actually kind of a big deal, even though I don't particularly like turkey. We decided to not bother with traveling, so stayed home and had a wonderful evening with Leo and Jenny, definitely the right decision. 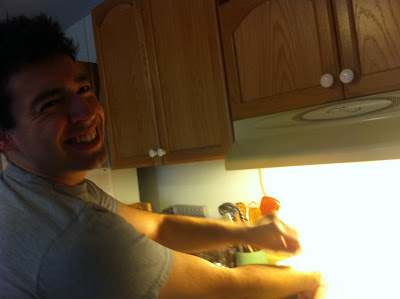 Leo massages the turkey. I stole Ed's iphone and took silly pictures all night until they took the camera away from me. 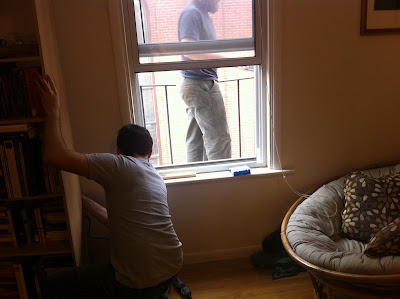 What's going on here is that our roasting pan (we brought the turkey over, with a roasting pan, because Jenny is vegetarian, so they don't roast meat in a roasting pan ever) didn't fit in their oven. It doesn't fit in our oven, either, but we were hoping Leo and Jenny had a bigger oven. Luckily, we're talking about Ed and Leo, here, so they came up with a solution, which involved a dremel, a fire escape, and eventually, a smaller roasting pan. 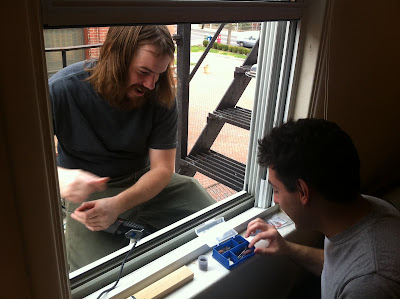 Plotting their mischief. I feel like I'm in highschool again. 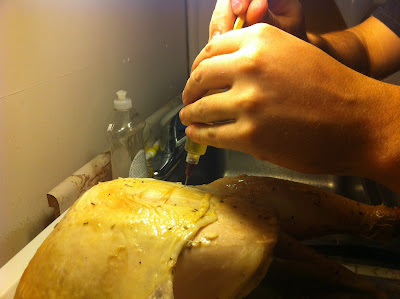 Also, Ed had the genius idea to inject bourbon into the turkey. It didn't actually make the turkey taste at all like bourbon, which was a bit disappointing. Because that would have been GENIUS, had it worked. 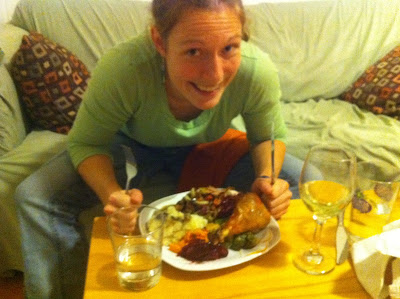 Apparently, I am a glutton. You know what? Its thanksgiving! I'm allowed to be gluttonous!

West Yellowstone may have had snow, but it was totally worth staying in town for this evening.

And did I mention the pecan pie? *swoon* 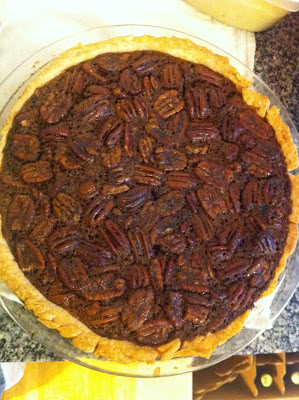 Things have been kind of hectic lately on my end, I've been trying to get all the temperature loggers out into little headwater streams at my study sites before everything freezes up, which happens, oh, right now. I don't mind the actual activity of standing in cold water tying these loggers to underwater branches so much, although you'd think I'd hate it; what I mind is the opportunity cost of wasting all your daylight hours driving from study site to study site. Just because I spent 9 hours in the field doesn't mean that I don't still have 7 hours of real work to do, too. Whine whine whine, but seriously, I don't deal well with work-related stress anymore these days. Training has taken a serious hit! Luckily, the semester is almost over, I can see that light at the end of the tunnel (does that mean I'm dead?), and I leave for Europe in 13 days for some ski-o racing action!

I wanted to do some racing over the weekend, but instead we headed to VT, where I spent another 12 hours driving around and standing in cold water. But, it was SNOWING! Like for real snow, they closed the pass on rt 100 through Dover/Wardsboro, which was problematic because I had to go that way to get to my next site, luckily I found a way around, and slipped and slid my way down the mountain, a nice reminder of how to drive in snow - turns out, snow is really slippery when they haven't sanded the roads yet!
Posted by Alex at 6:21 PM